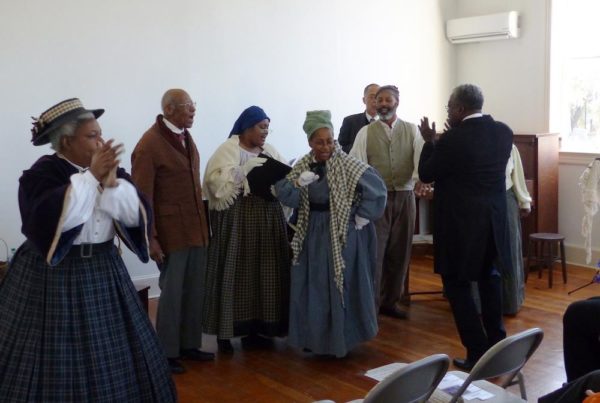 The Washington Revels, a musical group from Silver Spring, is planning a concert in McLean this weekend for a second annual celebration of a local church’s history.

Tomorrow (Saturday), the group is planned to hold a performance in the Historic Pleasant Grove Church at 8641 Lewinsville Road in McLean from 3-5 p.m. The concert is free and open to the public.

The church was established in 1896 by the descendants of freed slaves. Services at the church were discontinued in 1968, but today the site holds a museum and hosts several public events.

According to the group’s website, the performance will feature traditional music from African American congregations in the late 19th century and early 20th century.

The program is planned to open with a short presentation on the history of the church and the surrounding area, with refreshments and a social hour after the show.