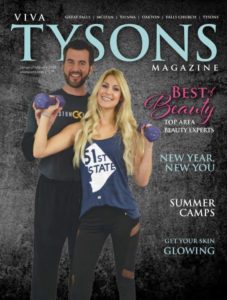 VivaTysons Magazine filed for bankruptcy last month after running up hundreds of thousands in debt, but the publication is now seeking to have its case dismissed.

An attorney for VivaTysons filed a motion asking a federal bankruptcy judge to dismiss the Chapter 11 case, arguing VivaTysons can better function and pay its debts outside of the bankruptcy process.

Among other reasons for exiting bankruptcy, the filing says an unnamed magazine competitor tried to use the bankruptcy to poach advertising clients from VivaTysons. (For the record, it wasn’t us. -Ed.)

VivaTysons says in the filing that it owes four small business lenders and banks more than $250,000 collectively. It also owes money to its printing company, the printing company’s owner and potentially two other financial companies. The parent company of Washingtonian Magazine also filed a claim, saying it is owed $50,000 by Tysons-based Johnny Hanna & Associates, which owns VivaTysons.

VivaTysons is published every other month. It is mailed to readers and distributed to local businesses in Tysons, McLean, Falls Church, Vienna, Great Falls and Oakton.