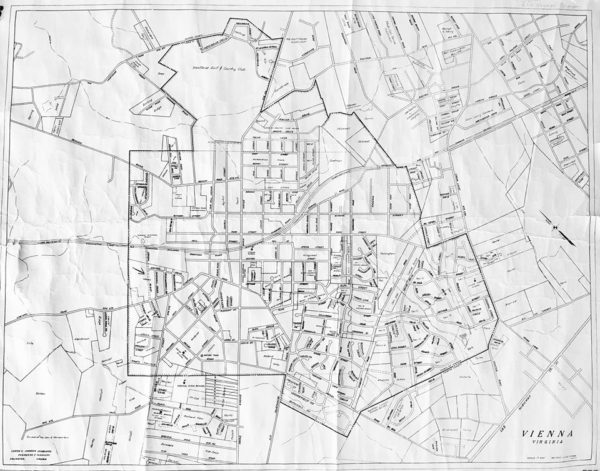 (Updated 8:30) — A new exhibit in Vienna’s Freeman Store & Museum showing the town’s expansion in the 1950s is scheduled for a grand opening Sunday (March 10).

The museum’s website says the new exhibit will feature stories of how the town grew in the ’50s through the twin lenses of the opportunities and challenges of the decade.

The store and museum is managed by Historic Vienna Inc., a local non-profit organization dedicated to preserving and promoting local history.

According to the Historic Vienna Inc. newsletter:

Remember hula hoops, Barbie dolls, play doh, and matchbox cars? Remember Patsy Cline, Elvis, Little Richard, and the Kingston Trio? How about Leave It to Beaver, Gunsmoke, I Love Lucy, and The Ed Sullivan Show? The Korean War? segregation? Vienna experienced the 50s in all its good, bad, and ugly. Come to the Freeman Store to experience Vienna in the 50s through an exciting multimedia exhibit.

In the early part of the decade, Vienna’s Maple Avenue was still a street that ran mostly through fields with sporadic residences along the roadside, but over time the next few decades, the town would gradually become more and more developed.

In 1940, Vienna was still a small, quiet, rural town with a population of 1,237 and remained virtually untouched by the metropolitan character of the nation’s capital. The town began to take on a new look in the 1950s when many businesses started to move from the old commercial section on Church Street to Maple Avenue. The post-World War II rush to the suburbs brought a burgeoning of population to Northern Virginia, almost 10,000 new residents to Vienna alone, their new houses blending with those of an earlier era.

In 1954, the first of Vienna’s modern shopping centers was opened. More shopping centers followed in quick succession along a widened Maple Avenue in an attempt to keep up with the influx of newcomers who bought homes in the town’s new subdivisions. Older residents recall with nostalgia the Victorian homes and the maple trees that lined Maple Avenue before it was widened in 1958.

The other current exhibit in the museum is dedicated to the Women’s Suffrage Movement, highlighting the 100th anniversary of the League of Women Voters.