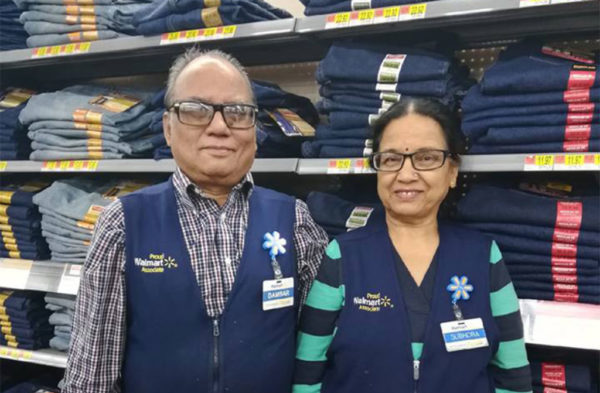 The Walmart near the Spring Hill Metro station in Tysons is going through a lot of changes, but if there’s a source of stability in the store, it’s Dambar and Subhdra.

The couple was featured on the store’s weekly “Meet the Team Tuesday”post on Facebook, which said that the couple is one month away from celebrating their 53rd anniversary.

According to the Walmart 5936 page:

Dambar joined our team in January 2014 and is a proud hardlines sales associate. Subhdra joined in April 2015 as an apparel associate. They are both into food and will be celebrating 53 years of marriage this March!

The Walmart also recently hosted a “Stuff the Bus” event to benefit the Committee for Helping Others in Vienna.