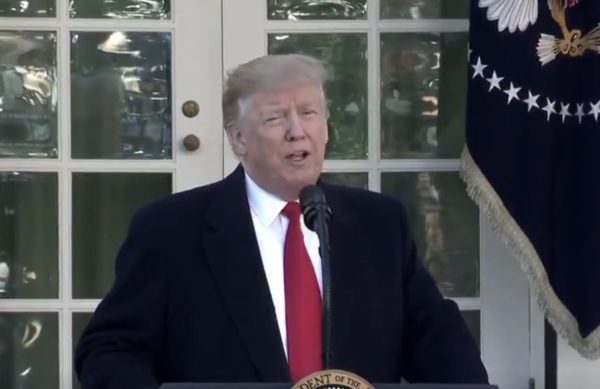 (Updated at 4:50 p.m.) The longest federal government shutdown in the county’s history has, at least for now, come to a close. Tysons’ state and federal representatives — who are all Democrats — are expressing relief at the shutdown’s closure but with harsh condemnation of President Trump.

Tysons, Vienna and Merrifield are represented by Rep. Gerry Connolly (D-11th District). Connolly was one of the first local representatives to comment on the news and called the decision long overdue.

With the shutdown ending, for now, Connolly announced today that he has introduced — with Rep. Steny Hoyer (D-Md.) — the Federal Civilian Workforce Pay Raise Fairness Act of 2019, “which would bring the 2019 pay increase for civilian federal employees in line with the raise given to members of the military.”

Pimmit Hills and parts of McLean are represented by Rep. Don Beyer (D-8th District), who criticized Trump for waiting so long to back the deal proposed in December.

“I’m grateful that the shutdown will end soon, but I do not understand why it happened at all,” Beyer wrote in a statement. “Why did President Trump inflict this shutdown on the country?… It inflicted extreme pain on the people I represent, and there was no reason for it. As the president approaches the new deadline he just agreed to for the expiration of government funding, he must think of people besides himself. This must never happen again.”

“Hundreds of thousands of Americans will never recover from Donald Trump and Mitch McConnell’s petty power play,” Wexton wrote in a statement. “They should apologize for all suffering they inflicted on federal workers, contractors, and everyone who was impacted by their senseless shutdown. This debacle accomplished nothing other than to lower our nation’s standing in the world and attack our already overburdened federal workforce.”

Even with the shutdown ended, Professor Frank Shafroth, director of the Center for State and Local Leadership at George Mason University, warned that there could still be lingering economic effects of the delays in fee and payment collections by Fairfax County.