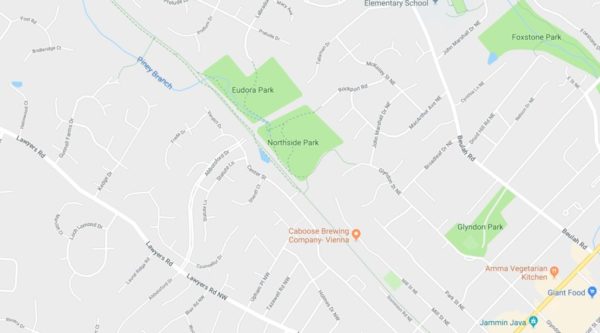 Someone found a box full of money in Vienna’s Northside Park this week, according to police.

The find was reported to the Vienna Police Department around 5 p.m. Tuesday. There’s no word on how much money was found or what it was doing in the park, which sits along the W&OD Trail.

Also in the latest Vienna police highlights, a pedestrian was reportedly struck by a snow plow Sunday morning.

Last Friday, a Vienna woman reported being harassed by a man she met online.

A resident began corresponding with a man over social media. After the two met in person, the man expressed interest in the resident and began continuously harassing her when she declined his advances. On January 11 the woman found an envelope in her mailbox that contained innocent photos of her taken from social media along with sexually explicit photos of an unknown person.