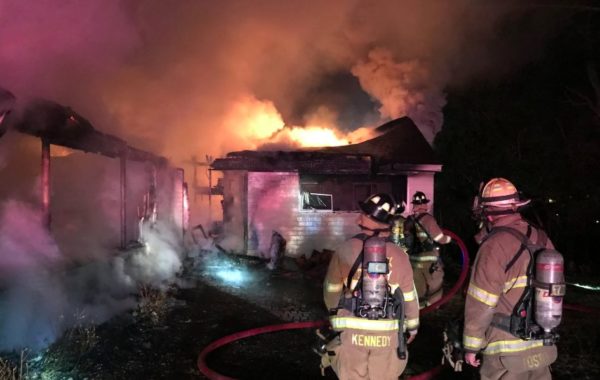 Firefighters were dispatched to the 900 block of Turkey Run Road around 4 a.m. and encountered flames coming from the roof of a home upon arrival. The blaze was extinguished and by 6 a.m. crews were working to douse remaining hotspots. No injuries were reported.

The fire occurred about a mile from Friday’s two-alarm blaze on Malta Lane, which like Turkey Run Road is a narrow back road that’s somewhat difficult for large fire apparatus to navigate.

UPDATE: House Fire Thursday, January 9 in 900 block of Turkey Run Road, McLean. Damages were approximately $314,640. Home was vacant at time of fire. No reported civilian or firefighter injuries. Red Cross assistance not needed. Cause of fire is still under investigation. #fcfrd pic.twitter.com/jRXzPWurcr