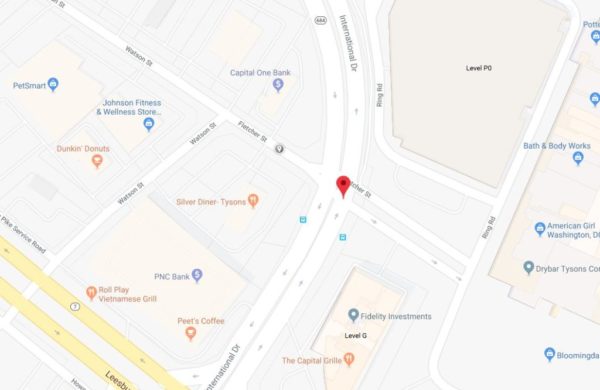 A man who was unloading his handgun near Silver Diner in Tysons accidentally shot himself Wednesday morning.

The shooting happened “outside of a business” on the 8100 block of Fletcher Street, just before 9:30 a.m., according to police. That block is home to Silver Diner and a Capital One Bank branch, though an FCPD spokesperson said the department “[does] not include the business if it was not directly involved.”

The man shot himself in the leg, suffering non-life-threatening injuries.

“A witness and officers rendered aid,” police said in a crime report. “He was taken to a local hospital with injuries that are not life threatening.”

“Officers confirmed the man lawfully possessed the gun,” the crime report added. “The Office of the Commonwealth Attorney will be consulted for any possible charges.”