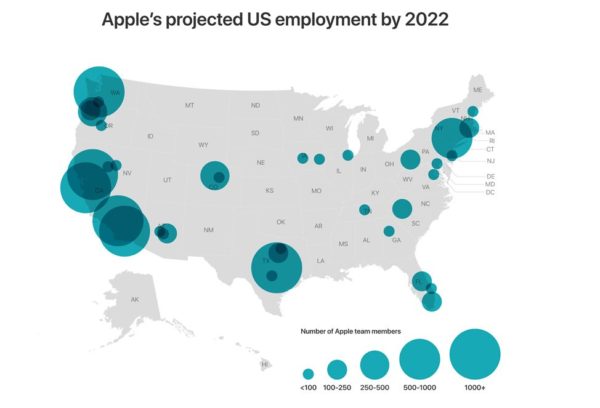 Apple is opening new offices and expanding others across the U.S., but those plans do not include a Fairfax County presence, according to an announcement the company made yesterday.

The iPhone maker will be investing $1 billion in a new, expanded campus in Austin, Texas, while opening new offices in Seattle, San Diego and the Los Angeles area, and expanding existing offices in Pittsburgh, New York and Boulder, Colorado.

Absent from the announcement: any expansion into Fairfax County.

It is unclear how much the selection of Arlington for half of Amazon’s “HQ2,” and the demand for technical talent in the area that will bring, might have affected Apple’s decision. It’s also unclear whether the expanded offices in New York and Pittsburgh constitute the “large East Coast outpost” the company was reportedly considering, or if such an office is still in play given that the company is leaving the door open “for additional expansion elsewhere in the U.S. over time.”