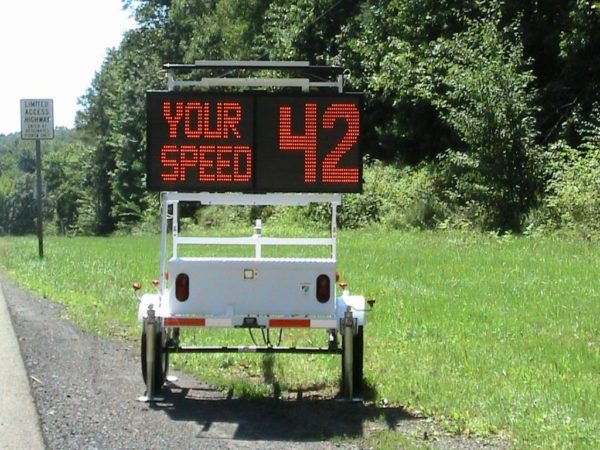 Vienna is purchasing new electronic signs that won’t just tell drivers if they’re going over the speed limit — it can send thank you messages to drivers who are going under the limit.

At the Vienna Town Council meeting on Monday, the council approved the purchase of eight new “SpeedAlert” display signs and new traffic management equipment from Herndon-based All Traffic Solutions.

“Besides just giving you speed feedback, they collect speed and volume data as well,” said Gallagher. “That allows them to make instantaneous reports. They’re much more powerful than the equipment we currently have.”

Gallagher says the machines can be programed to flash strobe-lights or red and blue lights as a warning to speeding drivers.

“Three of the signs are a little larger and can be used for message boarding,” said Gallagher. “They could have a message if you’re speeding to show down or thank drivers for going the speed limit.”

The new signs cost a total of $59,477 and will supplement the existing supply of speed indicator signs.

“On a per dollar basis, this might be one of the best expenditures we have in terms of responding to citizen concerns and getting them what they want,” said Councilmember Pasha Majdi.

The new signs, which can also display non-speeding-related messages such as safety warnings, were unanimously approved by the council.

END_OF_DOCUMENT_TOKEN_TO_BE_REPLACED

More Stories
Here’s What to Do in an Active Shooter Situation, According to Fairfax PoliceMost-Read Articles on Tysons Reporter Last Week