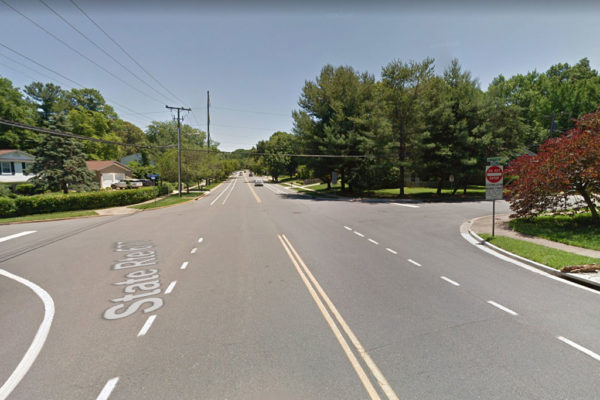 The man struck by a car near Vienna on Monday has died after two days in critical condition.

Fairfax County Police say Daniel Benson, a 77 year-old Vienna resident, was assisting his wife after she was involved in a separate crash at the intersection of Old Courthouse Road and Westwood Drive.

Benson was carrying items from his car over to hers when he was struck, first by a Chevrolet Cruze traveling westbound, then into the side of a Toyota Echo in the eastbound lane, according to FCPD.

Police say both drivers remained at the scene and cooperated with detectives. Neither speed nor alcohol is being considered a factor in the crash and no charges are expected to be filed.

On Tuesday, a tipster told Tysons Reporter that the victim “was crossing the street carrying a bag and umbrella and very unfortunately did not look either way.”

“The westbound car in front of me braked as he walked, and then he just kept walking across the median” and was struck by an oncoming vehicle, said the witness.