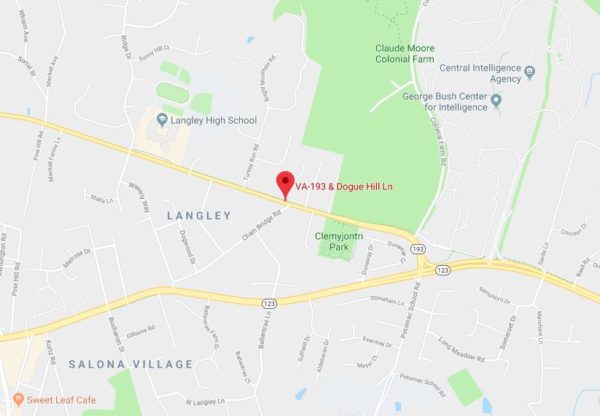 A two-vehicle crash closed Georgetown Pike in both directions during this morning’s rush hour.

The crash happened at Dogue Hill Lane in McLean, just east of Langley High School. One person was hospitalized following the wreck, according to Fairfax County Fire and Rescue.

Georgetown Pike was reported to be back open about 10-15 minutes after authorities first tweeted about the closure.

Units on scene of two car crash on Georgetown Pike at Dogue Hill Ln, in McLean area. One person being transported to area hospital for evaluation. Georgetown Pike closed in both directions. #traffic #vatraffic #news pic.twitter.com/qJ149iEzkQ