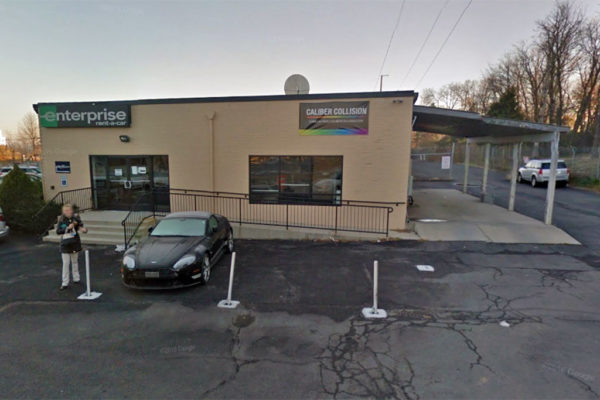 For the second time in as many weeks, someone smashed in the door of the Enterprise Rent-a-Car on Spring Hill Road in Tysons.

The incident happened over the weekend. Fairfax County Police noted in a crime report that “this time nothing was taken,” a contrast from two weeks ago when a vehicle was reported stolen.

“Detectives are following up on leads,” FCPD said. More from the crime report:

BURGLARY / DESTRUCTION OF PROPERTY: 1572 block of Spring Hill Road, (Enterprise), 10-14-2018, between 12:01 – 8:10 a.m. When employees arrived to work in the morning they noticed that the front door had been smashed in. The business was broken into recently but this time nothing was taken. Detectives are following up on leads.