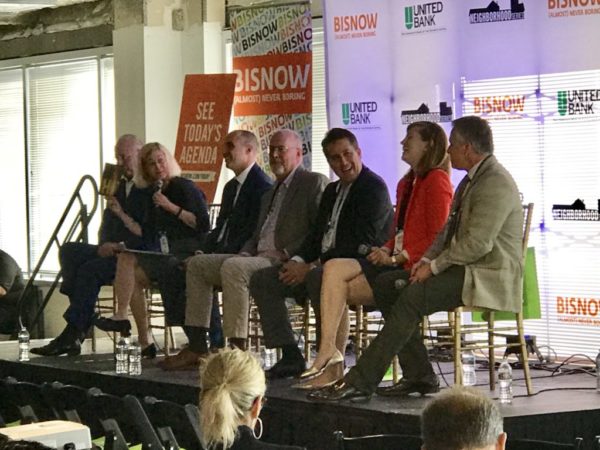 Given the continued rise of Amazon and e-commerce, will Tysons Corner Center still be a retail-oriented shopping mall 5 years from now?

That was a question posed by Lynn Strobel of the law firm Walsh, Colucci, Lubeley & Walsh this morning at a Bisnow event discussing the “Future of Fairfax County” in Tysons.

The consensus from the six-person panel: yes, almost certainly.

One panelist said he recently went to Tysons Corner Center at night to go to a movie and it took 20 minutes to find a parking space; it’s hard to see how that kind of demand goes away in such short order, he said.

While suburban shopping malls have been struggling elsewhere, the malls in Tysons are benefiting from being in an increasingly dense, urban environment, according to Andrew McIntyre of Combined Properties.

“Tysons is in a good position long term since the urban environment came to it,” McIntyre said.

The upscale Tysons Galleria, meanwhile, has been facing some challenges, including the sudden closure of the huge Isabella Eatery on the fourth floor. Change may be on the horizon, said one panelist. Expect Tysons Galleria to be “repositioned” in the market and for redevelopment to happen around it as a way to revitalize the mall, he said.

Other predictions and takeaways from the panel: