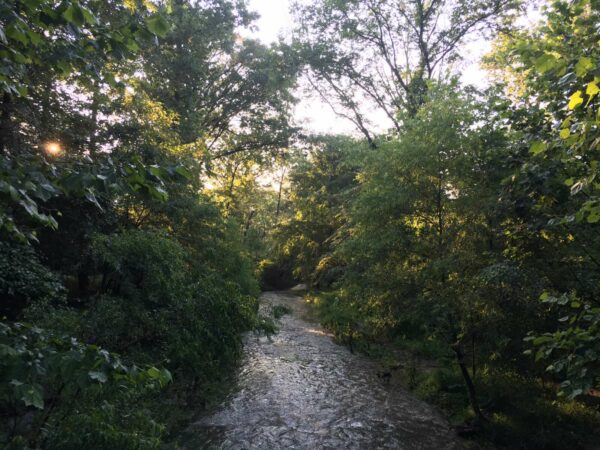 Vienna Restaurant Requires Vaccinations to Eat Indoors — The Latin American restaurant Blend 111 announced on Friday (July 30) that, effective immediately, indoor dining will be limited to people who are fully vaccinated with unvaccinated people still free to eat outside. Patrons are asked to confirm their vaccination status when reserving an indoor table, but at some point, proof may be required. [Blend 111]

Kennedy Daughter Wins Court Case over McLean Urn — “The daughter of Robert F. Kennedy has won a federal legal battle to claim a six-foot-high urn planter from the front yard of ‘Hickory Hill,’ the family’s former home in McLean, Va., after a judge ruled that an agreement made in 2010 by the estate’s new owner to relinquish it was binding, even though he made it under the mistaken belief that the urn was a family heirloom.” [The Washington Post]

Updated on 11/16/20 — Prosecutors dropped charges against Hou in October. A reason was not given. The prosecutor’s office declined comment, noting that charges could be re-filed within a year.

Police arrested and charged Hou with aggravated sexual battery on Monday (Dec. 23). “He was released on Dec. 30 after posting $10,000 bond,” police said.

Fairfax County detectives said they would like to hear from anyone who is concerned their child may have had inappropriate contact with Hou.

The investigation began in September when a juvenile disclosed being inappropriately touched by Hou. Our detectives worked to corroborate the allegations and received authorization from the Commonwealth Attorney’s Office to obtain warrants…

Victim specialists from our Victim Services Division have been assigned to ensure that the identified victim receives appropriate resources and assistance.

Detectives are asking for anybody with information about this event to contact the Major Crimes Bureau at 703-246-7800, option 3. Tips can also be submitted anonymously through Crime Solvers by visiting http://www.fairfaxcrimesolvers.org, or text-a-tip by texting “TIP187” plus your message to CRIMES (274637). Anonymous tipsters are eligible for cash rewards of $100 to $1000 dollars if their information leads to an arrest. 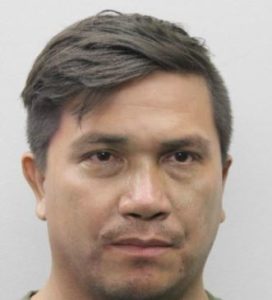 “Detectives were contacted Thursday, Aug. 1, after a child, who is not affiliated with the camp, disclosed being inappropriately touched by Laragaibort,” police said. “Detectives acted swiftly to corroborate the allegation and developed sufficient evidence to make an arrest [Friday.]”

Police said that “initial evidence does not indicate the alleged offense occurred at Camp Greenway or on any school buses but detectives would like to hear from anyone who is concerned their child may have had inappropriate contact with Laragaibort.”

Karen Joostema, the spokesperson for Camp Greenway, told Tysons Reporter that “the police have informed us the incident they are investigating does not involve any camper or the camp in any way.”

Joostema shared the following note, which she said was sent to Camp Greenway families on Saturday (Aug. 3):

We wanted to inform you of some news we learned last evening and today. Police took Mr. Cesar Laragaibort, who was a sports and games specialist and bus driver at Camp Greenway, into custody last evening on aggravated sexual battery charges. The police have informed us that the reason has nothing to do with any Madeira camp, camper, student, school, or bus.

As part of Madeira’s standard hiring procedures and commitment to child safety, we perform background checks on every employee. Law enforcement confirmed this recent incident would not have come up on a background check.

In addition, we want to share that our camp policies and procedures are such that no counselor is alone with an individual camper. As a sports and games specialist, Mr. Laragaibort was in public view, mainly outdoors, with campers and other adults. Safety is a paramount consideration at our camp.

The matter is in the hands of law enforcement and we are fully cooperating with them. If we become aware of any additional relevant information, we will certainly share that with you. In the meantime, if you have any questions or concerns, please do not hesitate to reach out to me at [email protected]

Police charged 37-year-old Fairfax resident Laragaibort with one count of aggravated sexual battery. Laragaibort is being held without bond at the Adult Detention Center.

Fairfax County Police are looking for a man who lured a woman into his car with the offer of a ride home, then pulled over and groped her instead.

“The victim was walking home when a dark colored car pulled up next to her,” FCPD said in a crime report. “The driver offered her a ride home and she accepted.”

“A few moments later, the driver pulled the car over to the side of the road and began touching himself and the victim inappropriately,” the crime report continues. “The suspect was described as a middle eastern man, approximately 26 years old, 6′ 0″ with black hair.”