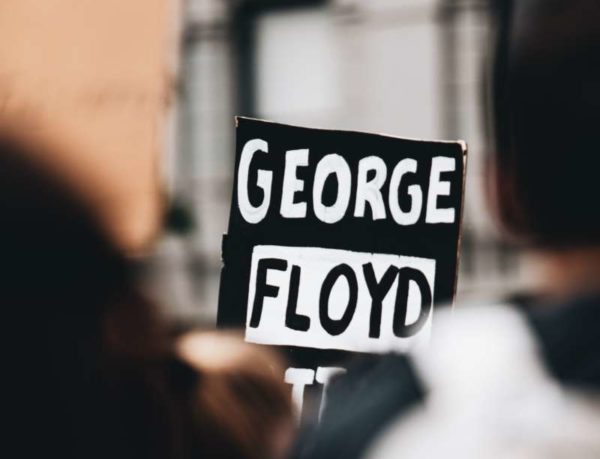 Sophie T. told Tysons Reporter that they want the protest to “show our support for the BLM movement and speak out against racial injustice and inequality.”

The protest is scheduled for Wednesday (June 10) from 3-5 p.m. and will start at McLean High School. After some speakers, the protesters will march down Chain Bridge Road around 3:50 p.m.

According to the flyer for the event, participants are encouraged to bring water and social distance. Masks will be required.

Sophie said that they are expecting a “decent turnout” and have invited local religious leaders to march and pray with the crowd.

McLean High School students are planning a #BlackLivesMattters protest for this Wednesday. Here's the flyer: pic.twitter.com/JdDJK6ZKzl

Photo by LOGAN WEAVER on Unsplash

The rally came a few days after a student-led march in the city in memory of George Floyd. Both peaceful events protested police brutality and demanded change to systemic racism.

“Black lives matter when they lose their life,” Perryman said. “They have to matter all the time.”

Mindful of COVID-19, the participants spaced out on the grass with their kids and dogs as songs like “They Don’t Care About Us” by Michael Jackson and “Unity” by Queen Latifah blasted on speakers. Most wore face coverings.

The rally kicked off around 1 p.m. with the participants dancing to DJ Casper’s “Cha Cha Slide” before the organizers, Tara Guido and Loreto Jacqueline, gave brief speeches and then asked for a moment of silence for violence toward Black Americans.

The crowd erupted in clapping and cheering when Mayor David Tarter said that Gov. Ralph Northam recently announced that a Robert E. Lee monument will get taken down.

Tarter also pointed out the diversity of the participants. “We’re all here to raise our voices and say this country belongs to all of us,” he said.

Tarter ended his speech, urging people to head to the polls: “If you’re angry, vote in November.” Around the park, people could scan flyers with QR codes to help them register to vote via vote411.org.

“No more moments of silence. I need you to make noise,” @SeanPerryman3 told the crowd. So they did: pic.twitter.com/dXJvZ0mxqI

Many of the messages centered around actions for long-term change.

Henderson II, with the Tinner Hill Heritage Foundation, told people to oppose mandatory sentencing and for-profit prisons and push for election reforms. (For people looking for more events to attend to honor Floyd, Henderson noted that the Tinner Hill Heritage Foundation will unveil a banner in honor of Floyd near the Target (500 S. Washington Street) at 4 p.m. on Monday, June 8).

Perryman stressed the need for policy changes with the City Council, Board of Supervisors and local police departments and urged people to join advocacy groups. “This is a sustained fight,” he said.

Chapman, with the Alexandria City Council, echoed Perryman’s call for new policies. “We all know what we need to do,” Chapman said.

One message in particular — written on several signs — has an immediate impact: “Silence is violence.”

Participants at the rally who spoke to Tysons Reporter said that they are tired of police brutality and racism.

Khadimatu said she decided to come to the rally to represent her family back in Senegal. “There’s a movement that’s defending us,” Khadimatu said. “I hope this is what is going to cause change.”

Khadimatu said she came to the rally with her mom’s best friend, Corey, who heard about the event from her friend who lives in Falls Church. Corey said that she didn’t want to go to the protests in D.C. due to concerns about being in close proximity to a lot more people.

Matt Guey-Lee also said he was a “little nervous” about going to D.C. due to “safety issues.”

After hearing about the event on Facebook, Guey-Lee and the organizers got in touch so that he could bring a canopy for the rally. He said he was heartened to see that other people donated snacks and water for the event.

Guey-Lee said he felt strongly about coming to the rally and speaking out against racism, because he says every voice nudges another one.

“If a million people do just a little bit, it’s really, really loud,” he said.