The McLean Symphony’s founder Dingwall Fleary Jr., a conductor described by friends and colleagues as “larger than life,” has died.

Fleary, 82, had been the conductor of The McLean Symphony since 1972 and the Reston Community Orchestra since 1996. He died after experiencing a heart attack on Friday, Dec. 30, according to a message from the Emmanuel Lutheran Church in Bethesda, where he served as a music director.

“He was absolutely larger than life,” said Mary Bramley, a member of the McLean Symphony’s Board of Directors. “We thought he’d be here forever with the amount of energy and passion he had for music and the community and music education.” 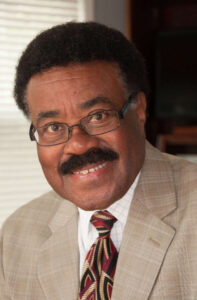 On the McLean Symphony’s Facebook page, tributes to Fleary poured in from current and former orchestra members remembering his kindness and encouragement, with many noting his energetic personality and patience with the musicians in the symphony.

“It’s very interesting. A lot of times when you have a conductor with that much showiness, they take away from the orchestra, but it was never like that,” said Bramley. “He kept it in. When you watched him conduct, that wasn’t the show, it was all about the orchestra. He knew where that limit was. He was passionate, but also patient.”

Several commenters credited Dingwall with instilling a love for music in themselves or their family.

Bramley said Dingwall’s passion was for music education. During concerts, Dingwall would deliberately choose at least one more obscure piece or composer.

A celebration of Fleary’s life is scheduled for 3 p.m. at the McLean High School auditorium (1633 Davidson Road) on Sunday, Jan. 8.

The McLean Symphony, which celebrated its 50th season last year, is expected to begin searching for a new conductor in the coming weeks. Its next concert isn’t until March, giving the group some time for the search, Bramley noted.