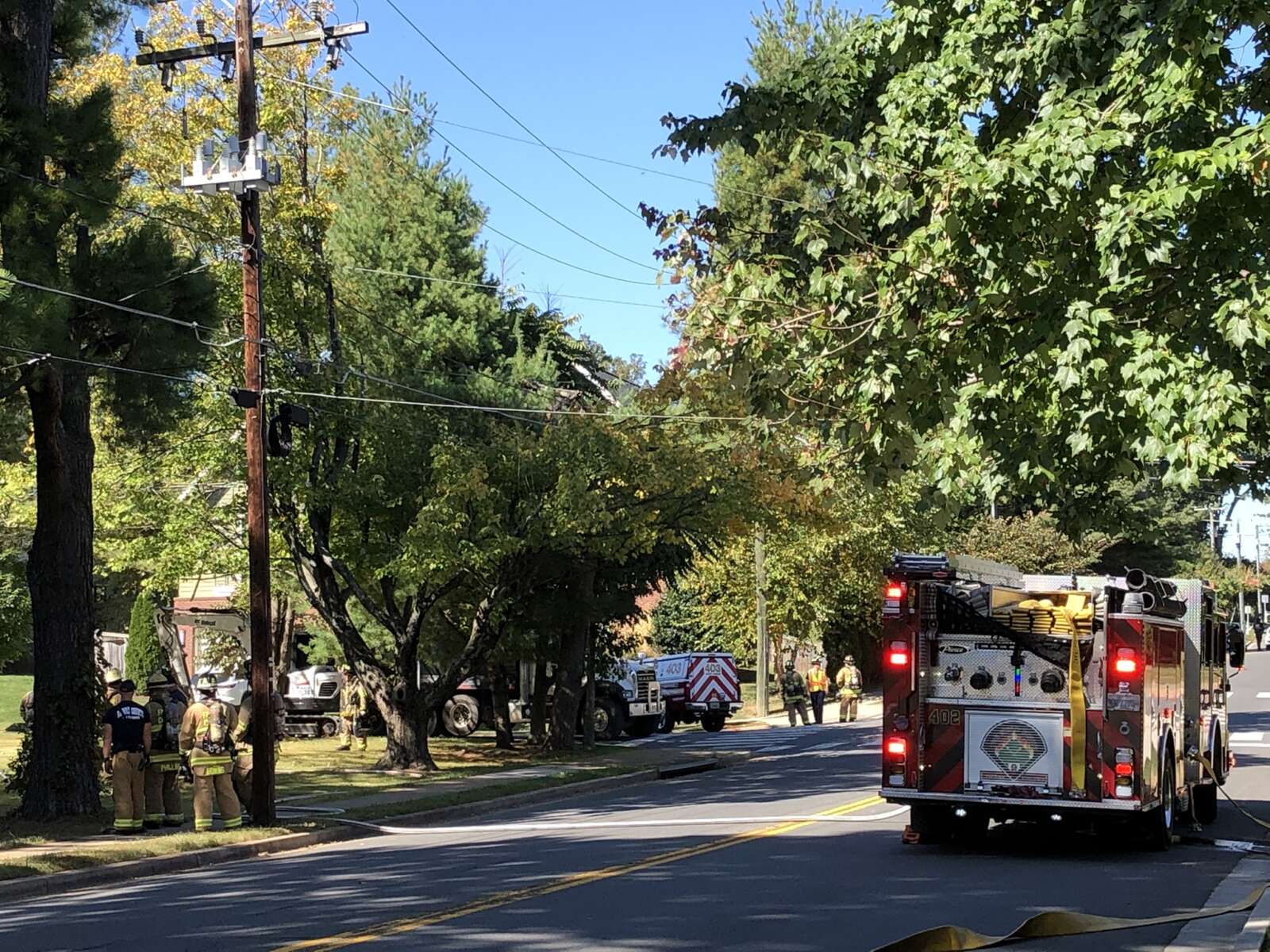 Fairfax County firefighters are currently responding to two separate gas leaks, one in the Town of Vienna and another in Burke.

In Vienna, the intersection of Tapawingo Road and Park Street has been closed to traffic, as crews shut down a gas leak from a 2-inch pipeline in the 100 block of Tapawingo Road SE. As of 12:30 p.m., the leak has been stabilized, but crews are waiting for the gas company to arrive.

Firefighters are also in Burke to address a different, active gas leak in the 9600 block of Bronte Drive. In both cases, the leak was caused by workers hitting a pipeline, according to the Fairfax County Fire and Rescue Department.

The department said it doesn’t currently have information about what the workers were doing or estimates for when repairs will be completed.

Units on scene of (another) gas leak in the 9600 block of Bronte Drive in Burke. 2" gas line struck by workers. Active leak. Crews awaiting gas company to shut down line. #FCFRD pic.twitter.com/q4x6bELp9D