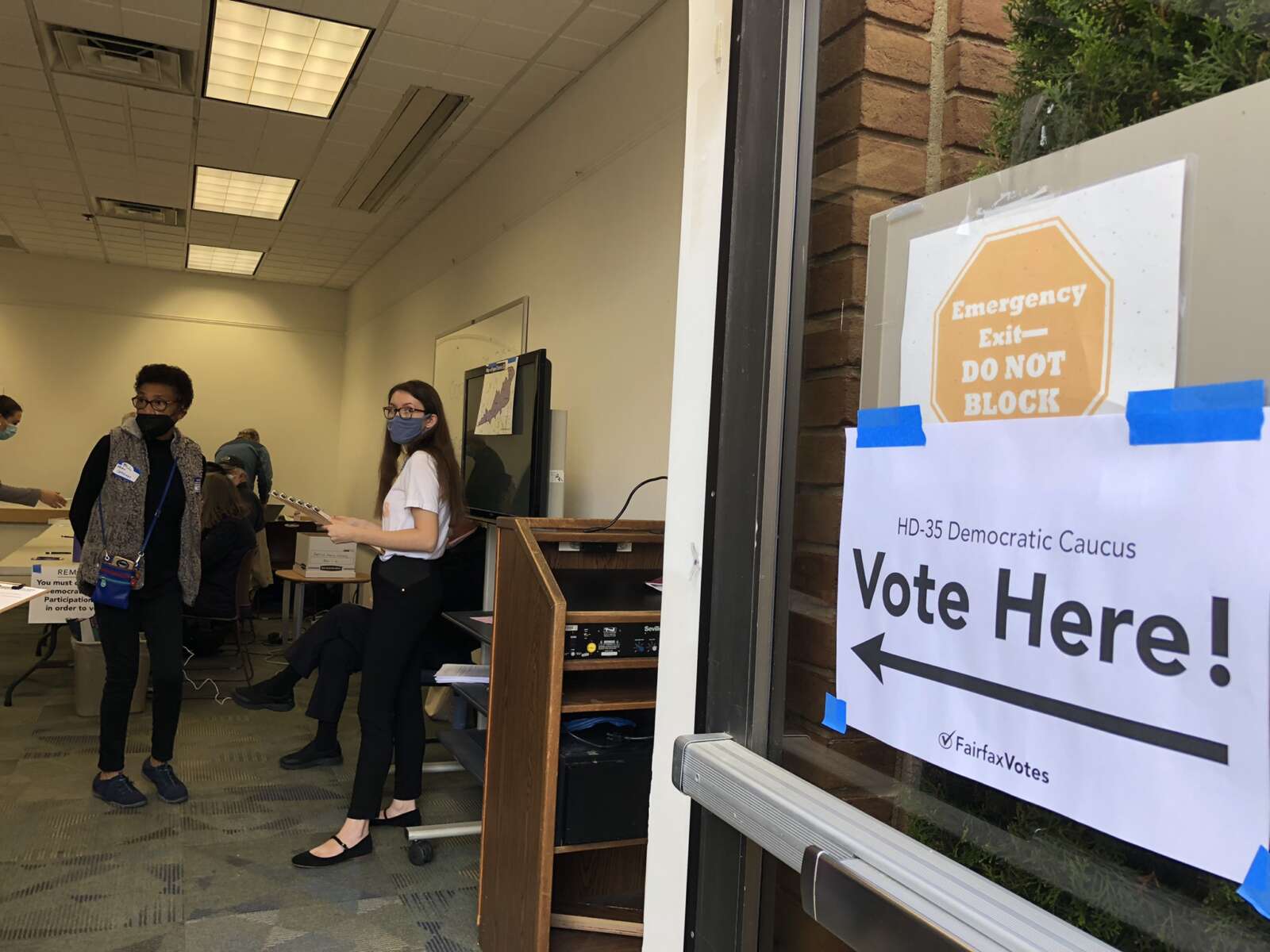 “I cannot thank the Democrats of District 35 enough for this tremendous honor,” Seibold said on social media. “I promise to make you proud in Richmond and fight for the Virginia values of equality, justice, and freedom.”

And thank you to @KarlFrisch for his kind words and for making me a better candidate. Democrats stand strong together, and I look forward to us all uniting to keep this seat blue on January 10th.

The 35th District seat — which represents Tysons, Vienna, Dunn Loring, Oakton and Fair Oaks — is open after longtime delegate Mark Keam resigned last month to take a job in the Biden administration. Keam had served in the House of Delegates for 13 years.

The FCDC opted to choose its nominee for Keam’s successor through an unassembled caucus, inviting Democratic voters in the district to cast their ballots in person on Saturday at Patrick Henry Library in Vienna, Oakton Elementary School, and the Kilmer Center near Dunn Loring.

Early voting was also available at the FCDC headquarters last Tuesday and Thursday (Oct. 4 and 6).

The two candidates put up a united front after the results were announced. Seibold thanked Frisch “for his kind words and for making me a better candidate,” while Frisch promised to support her in the special election on Jan. 10.

“Losing is a little easier to digest when it’s to someone as capable as @HollySeiboldVA,” he said on Twitter. “She will be a great Delegate. We have three months until the Special Election to fill @MarkKeam’s seat and I will do whatever I can to help her succeed.”

That said, losing is a little easier to digest when it’s to someone as capable as @HollySeiboldVA. She will be a great Delegate.

We have three months until the Special Election to fill @MarkKeam‘s seat and I will do whatever I can to help her succeed.

A Vienna resident since 2012 and former Fairfax County Public Schools teacher, Seibold started BRAWS in 2015 to help provide menstrual supplies and undergarments to those in need. Her advocacy resulted in Virginia now requiring schools to make free tampons and pads available to all students and ending its sales tax on tampons.

She told FFXnow last week that her priorities include fully funding schools, addressing learning loss and ensuring students “receive a world-class education” free from gun violence, taking action on climate change that creates new jobs and invests in the most vulnerable communities, protecting abortion rights, and expanding “economic resources to women and children in crisis.”

“Holly works day-in and day-out to make our community a better place for everyone,” FCDC Chair Bryan Graham said in a statement. “While our absentee Governor and his lackeys in the legislature attack public education, the LGBTQ+ community, environmental protections, and even democracy itself, we need candidates like Holly to lead the fight to protect the progress we’ve made and forge a path to move Virginia forward when we retake the House of Delegates next year.”

To select its nominee, the Fairfax County Republican Committee will hold a party canvass at its headquarters (4246 Chain Bridge Road) from 9 a.m. to 4 p.m. on Nov. 5 — the Saturday before Election Day. No GOP candidates have been publicly announced yet.

Called by Speaker of the House Todd Gilbert on Sept. 8, the special election on Jan. 10 will take place the day before the General Assembly convenes for its 2023 session.