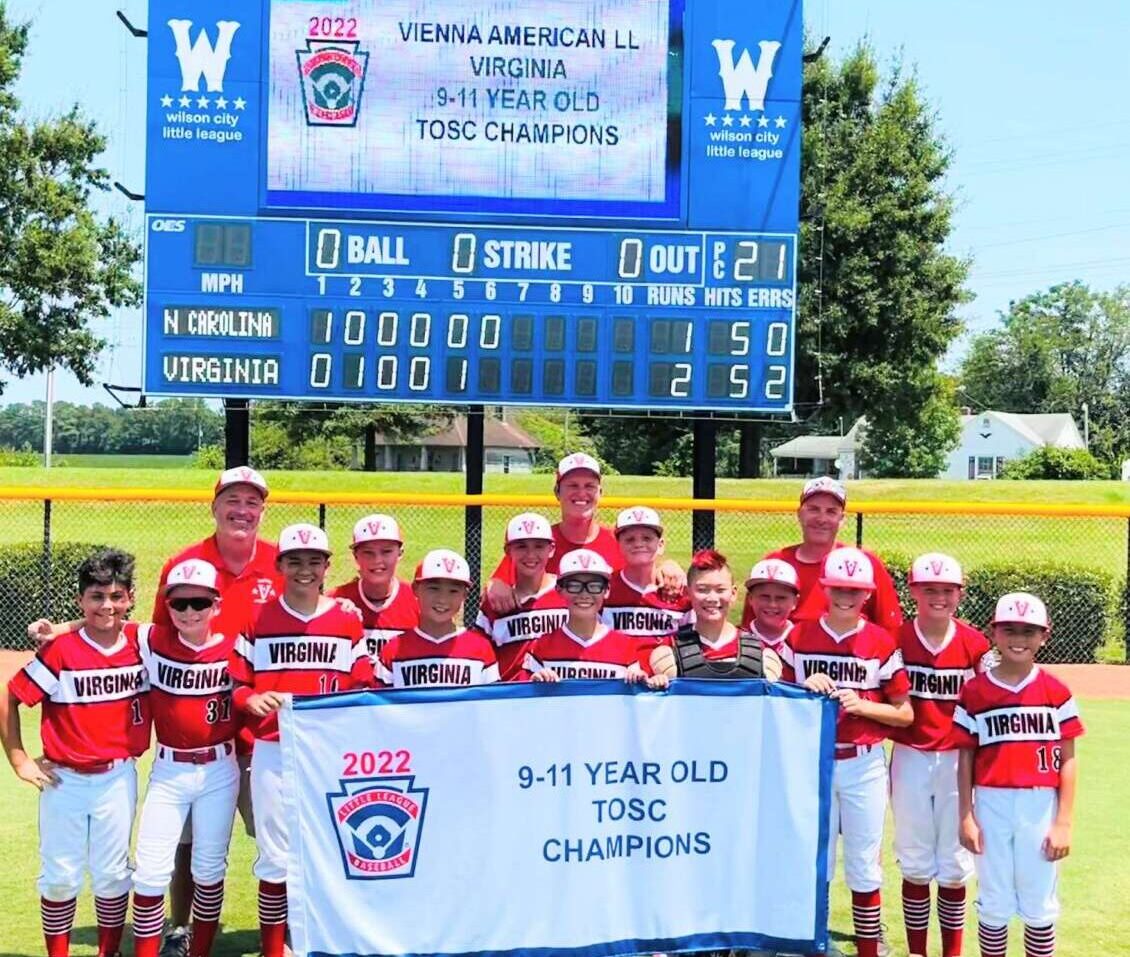 For the first time in a half-century, the Town of Vienna is home to a Little League Baseball regional championship team.

The Vienna American 11U All Stars beat the Greenville Tar Heels in a 2-1 nail-biter on Wednesday (Aug. 3) to claim the 2022 southeast regional title at the Tournament of State Champions in Wilson, North Carolina.

The championship capped off two consecutive perfect summers for the 13-player team, which consists of the top 11-year-old players in the league. With an unbroken win streak of approximately 30 games and two state titles under its belt, the team has been living up to its nickname: “the Big Red Machine.”