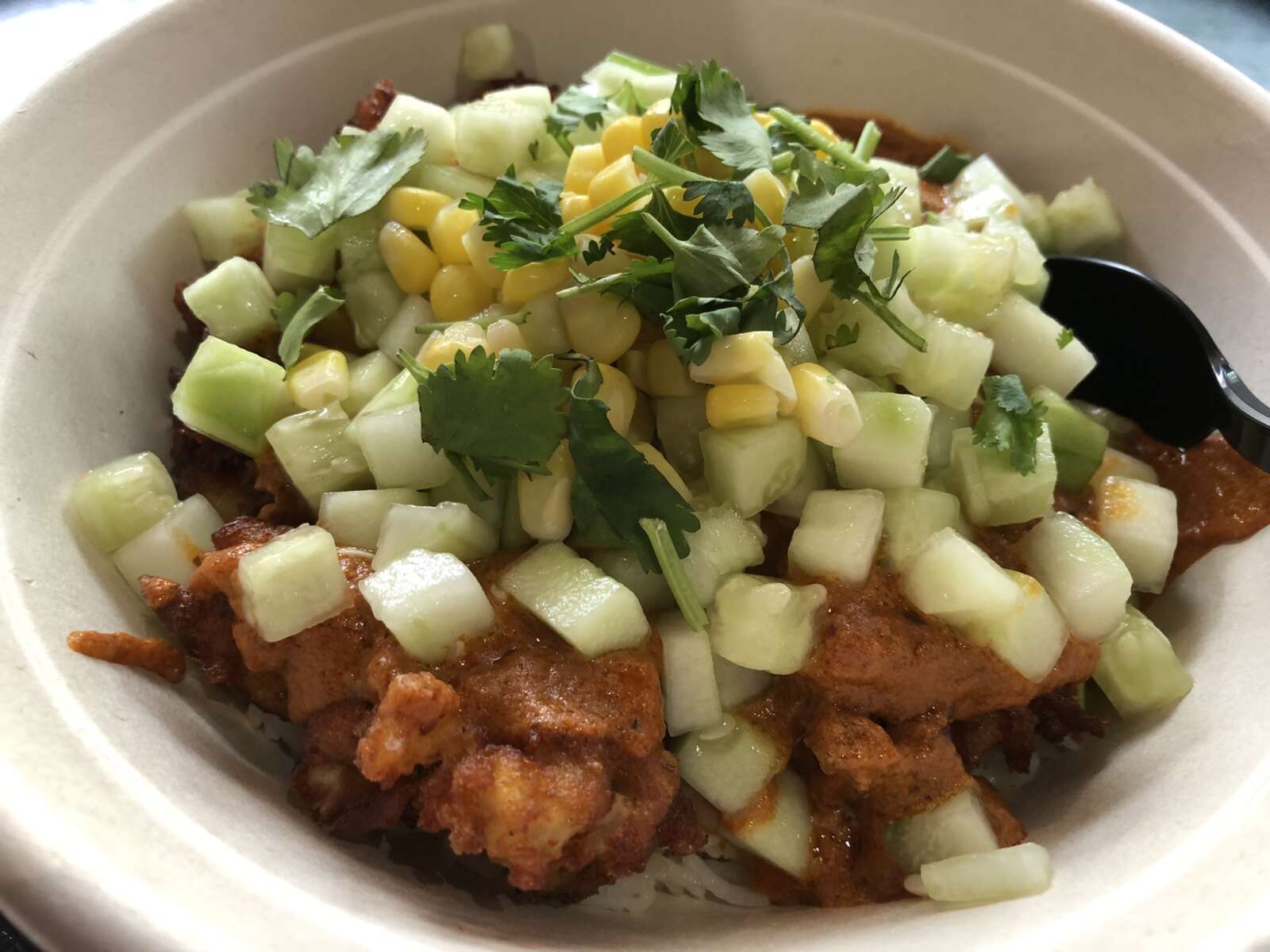 Chopathi India Kitchen quietly opened next to Chipotle on the Nordstrom side of the mall earlier this month after a build-out that took over a year, according to county permits.

The restaurant will get an official grand opening on Monday (July 25), but the soft opening has been a useful transition period, as Chopathi finishes hiring and training employees, says Robert Salzedo, one of the business’ partners.