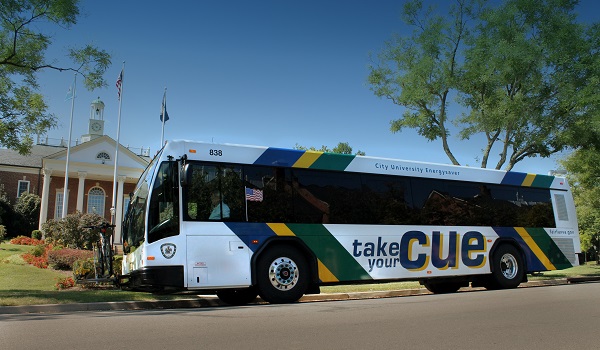 For a system that’s already free for riders to use, cash prizes might seem too good to be true.

But Fairfax City’s public bus service is offering three $50 Visa gift cards to people who fill out an online survey for its first major rebranding effort since it launched in 1980.

Known as the CUE, or City-University-Energysaver, the service primarily operates in the city but also extends outside city limits, notably to George Mason University and the Vienna/Fairfax-GMU Metro station.