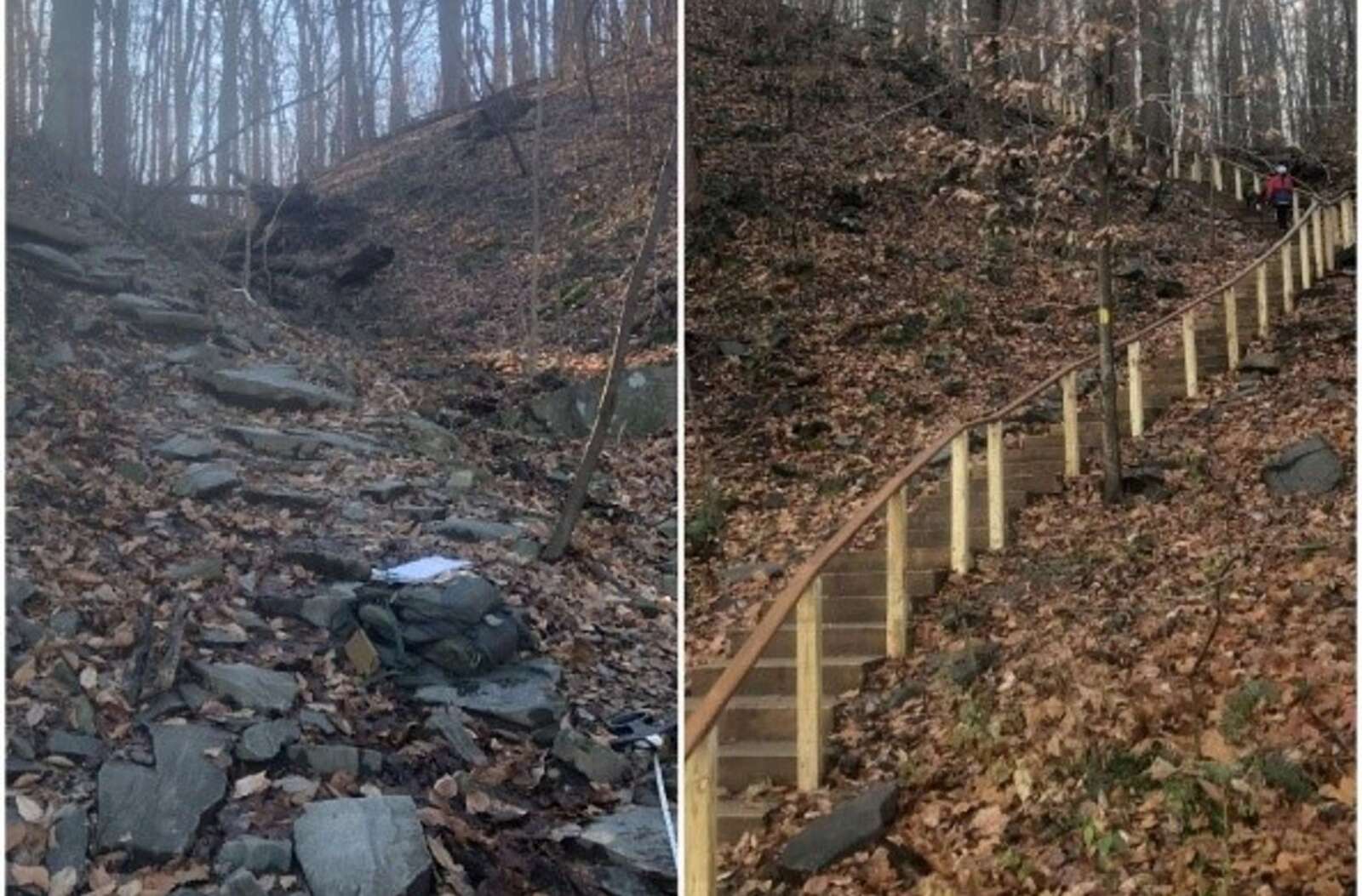 Hikers at Turkey Run Park now have safer access to trails alongside the Potomac River, thanks to the hard work of more than 100 volunteers.

The National Park Service and the nonprofit Potomac Appalachian Trail Club officially reopened a half-mile section of trail in the McLean park with a ribbon-cutting ceremony on Saturday (March 5), the NPS announced.

It was the federal agency’s largest volunteer-designed and built project in the D.C. area, according to a press release.