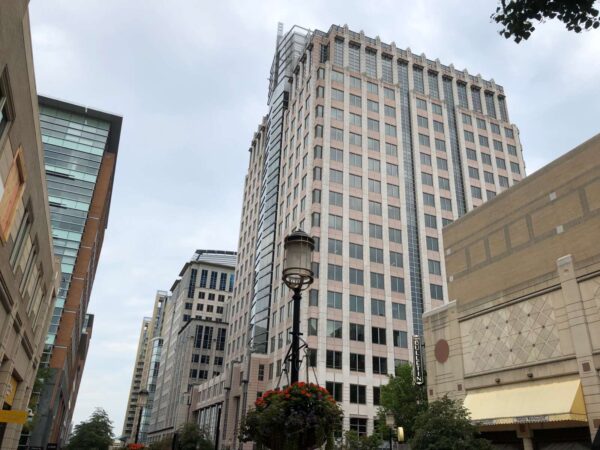 Fairfax County businesses added nearly 9,000 jobs over the course of 2021, even with the uncertain environment created by the COVID-19 pandemic, the county’s economic development authority says.

The businesses came from a variety of sectors, from manufacturing and real estate to information technology and cybersecurity. They were also spread out throughout the county, including Chantilly, Reston, Fairfax, Tysons, and Herndon.

Of the 146 businesses that reported job growth, 14 were newcomers that the FCEDA had courted to come to Fairfax County. Many were attracted not just from other areas of the U.S., but from other countries.

The seafood company Starkist, which is owned by Korean-based Dongwon Group, is relocating its headquarters from Pittsburgh to Reston Town Center. Other examples include the Canadian-based Brookfield Residential Properties and Israeli aerospace and defense company D-Fend Solutions.

According to data provided by the authority, the sector that saw the most growth was information technology services, which accounted for 2,648 new jobs, or 29.5% of the new positions in the county.

Much of that growth came courtesy of Herndon-based Peraton, which added 1,200 positions in 2021. The contractor announced plans in December to move its corporate headquarters to Reston Town Center.

“We would be proud to announce almost 9,000 jobs in any new year,” FCEDA President and CEO Victor Hoskins stated in the press release. “But very few communities can claim the kind of diversity that we have in our business community.”

FCEDA also touted that 25 of the American companies that came to the county are owned by women, minorities, or veterans.

Those businesses were found mainly in the information technology sector and include the Fairfax-based Kreative Technologies, which created 296 jobs, and Tysons-based Alpha Omega Integration, which created 154 jobs.

The nonprofit Community Foundation of Northern Virginia released a report in June 2021 showing that minority-owned businesses in Fairfax County have suffered more acutely than white-owned businesses during the pandemic.

The report stated that while the number of minority-owned businesses remained flat, revenue and staffing dramatically decreased, while unemployment insurance claims rose.

Fairfax County has worked to support local businesses during the pandemic by distributing federal relief funds through a series of grant programs, including the Fairfax RISE initiative that distributed more than $52 million in 2020 — 72% of which went to minority, women, or veteran-owned businesses.

The county awarded $16.8 million in grants last year with its PIVOT program, which focused on small businesses and the hospitality industry.

The FCEDA has been hosting virtual job fairs and other events to connect employers with workers as part of its Work in Northern Virginia initiative.