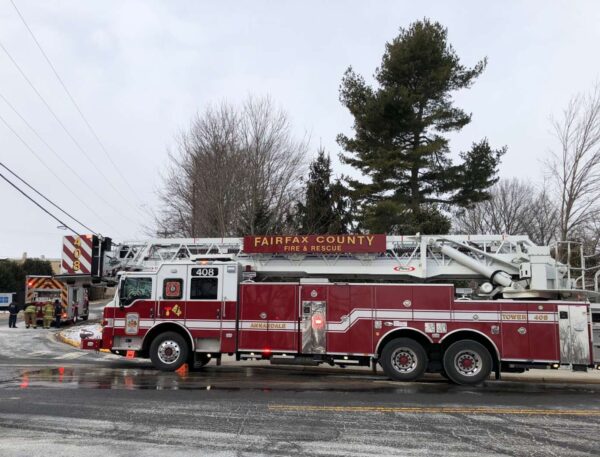 Emergency responders from Fairfax and Arlington counties worked together to put out a house fire in McLean this morning (Thursday).

The Fairfax County Fire and Rescue Department reported just before 10:30 a.m. that units were on the scene at 1512 Spring Vale Avenue, just north of Chain Bridge Road.

Smoke was visible from the back of the single-family house, but the blaze was extinguished shortly after it was publicly reported. The department says there have been no reported injuries, and the fire did not extend to any other properties.

Most units are now returning to service.

UPDATE – fire is out. No extension. No reported injuries at this time. Majority of units are returning to service. #FCFRD https://t.co/ocmNCIMXKd