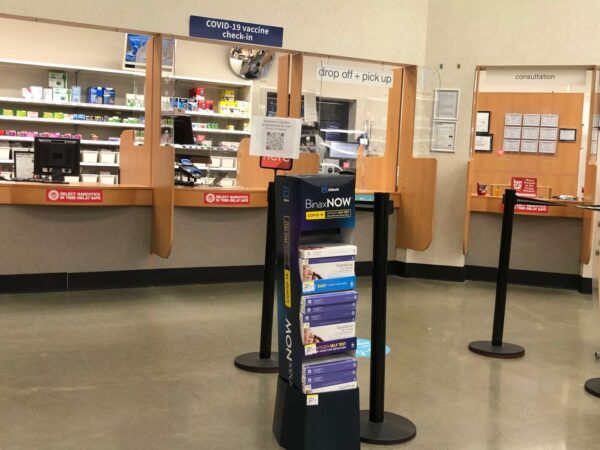 The county is averaging 216.7 new cases per day for the past week — the most since Feb. 19, when the weekly average was at 228.9 cases, according to Virginia Department of Health data.

While cases have been rising since early November, the weekly average has increased by 100 cases since Nov. 28, suggesting the county is starting to see the effects of Thanksgiving gatherings and other holiday activities.

Fairfax County added 338 cases on Wednesday (Dec. 8) and another 361 cases yesterday (Sunday). Prior to this week, the county had not seen more than 300 cases in one day since Feb. 13, though the number of new cases dropped to 139 today (Monday).

At this rate, the Fairfax Health District’s case total for the pandemic could reach six digits within the next week. The district, which includes the cities of Fairfax and Falls Church, has reported 99,541 COVID-19 cases so far, along with 4,212 hospitalizations and 1,228 deaths, two of them in the past week.

Virginia as a whole has now surpassed 1 million cases, and the Commonwealth identified its first infection by the emerging omicron variant last Thursday (Dec. 9), though it hasn’t confirmed any additional cases from that strain since.

With community transmission levels now high, the Fairfax County Health Department has urged residents to get a COVID-19 vaccine or a booster shot, for those who have already been vaccinated, before meeting with family and friends during the upcoming Christmas and New Year’s holidays.

216,150 residents have received a booster or third dose, including 383 people aged 12-17. Booster shots of the Pfizer vaccine became available to 16 and 17 year olds on Friday (Dec. 10) after the Centers for Disease Control and Prevention expanded its recommendation to include that age group.

The CDC is also now recommending that individuals conduct a self-test for COVID-19 before participating in an indoor gathering with people who aren’t in their household.

After its initial batch of kits ran out within an hour of their availability, Fairfax County Public Library received an additional 30,000 rapid COVID-19 testing kits last week and reported that all branches had some in stock as of Friday afternoon.

Testing is also available through health care providers, retail pharmacies, FCHD sites, and other locations in the community.

While the Fairfax Health District has seen a decline in testing encounters over the past week, the testing positivity rate has jumped from a seven-day average of 3.4% on Nov. 23 to 5.4% as of Dec. 9.