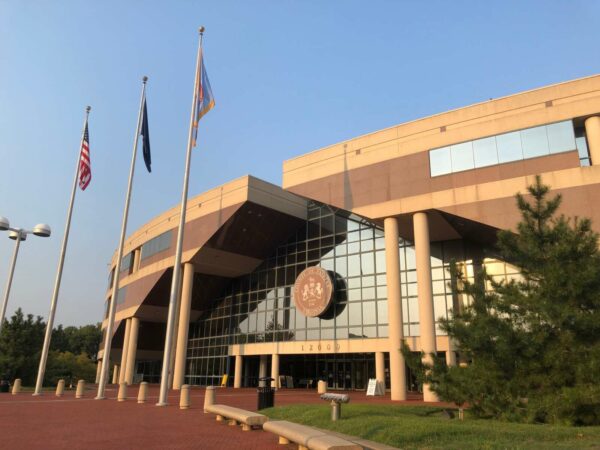 The Board of Supervisors voted 9-1 yesterday (Tuesday) to adopt the document, which presents an all-encompassing, coordinated vision for the county’s operations, priorities, and services over the next two decades.

In the works since 2019, the strategic plan focuses on 10 “community outcome areas” that “represent the issues of greatest importance” to the community:

“The Countywide Strategic Plan will help guide our future together so the Board, residents and staff are working toward the same goals and outcomes,” Board of Supervisors Chairman Jeff McKay said in a press release. “This plan will be a centralized, coordinated way for us to be even more efficient as a government so we’re more responsive to our community’s needs.”

The strategic plan was initially developed prior to the pandemic, but the county paused the process due to the public health emergency and reworked the plan to encompass new prioritizations from the last 18 months.

The main change was the separation of health and environment into two separate categories.

It’s intended to be a living document that integrates other broad planning efforts like the Fairfax County Public Schools’ strategic plan and the One Fairfax policy. It will also help the board focus its legislative efforts over the next several years.

“I’m grateful to the tens of thousands of residents and hundreds of staff who have developed this plan,” Hill said. “I look forward to the next steps, including reporting results to the community, aligning existing plans within this framework and further advancing our One Fairfax equity lens across all outcome areas.”

At yesterday’s Board of Supervisors meeting, Springfield District Supervisor Pat Herrity was the only board member to vote against adopting the plan, citing insufficient community feedback.

He also argued that the plan should do more to address traffic congestion and that it will continue to allow taxes to be too high.

The other supervisors approved the strategic plan, despite several noting that they were not 100% pleased with the process and expressing concern that the document is too vague.

Dranesville District Supervisor John Foust criticized the lack of prioritization, information about implementation, or how the county is progressing based on over 150 metrics identified by the plan.

“I don’t think we are done, to say the least,” Foust said. “This is not, in my opinion, a roadmap for the county executive to prioritize and budget…We need to keep working, and the board has to stay involved to complete the process.”

Several supervisors observed that there was a lack of participation from a diverse set of voices.

As of September, the county had received nearly 22,000 survey responses in eight different languages. A fourth survey closed on Sept. 24, so that number will be updated later this month.

A feedback session held in July found that the attendees’ preferred focus areas were cultural and recreational opportunities, economic stability and mobility, financial sustainability and access to services.

Now that the plan has been adopted, the county will start implementing its guidelines, a process that will include further community engagement, prioritization, and identifying “headline metrics” in each of the 10 areas that will be used to develop the fiscal year 2024 budget.

END_OF_DOCUMENT_TOKEN_TO_BE_REPLACED

More Stories
Construction contractor selected for 495 NEXT toll lanes projectPet of the Week: Mia, a small but saucy “hot tamale” who loves to play and cuddle