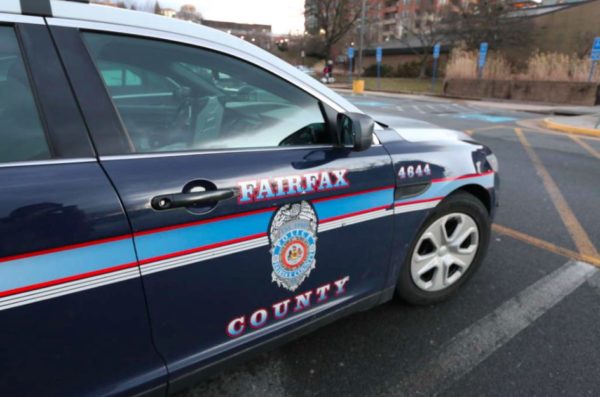 The pilot program is the county’s first step toward fulfilling a state requirement that it have mental health professionals involved in behavioral health crisis responses by July 2023, but it also stems from the ongoing Diversion First initiative aimed at preventing unnecessary arrests and hospitalizations.

FCPD says 46% of its approximately 1,500 officers are currently CIT-trained.

“It is important to acknowledge the county only adopted the current model of CIT in 2016 and is committed to the continual training of department personnel in crisis intervention training,” police said in a statement.

The Fairfax County Sheriff’s Office says 132 of its 439 deputies have received CIT training.

The Loudoun County Sheriff’s Office tells FFXnow that every deputy serving patrol, corrections, or courthouse duties takes the training within their first two years on the force. Since 2016, Arlington County has required that all new officers take the 40-hour course within six months of completing field training.

Differences in training can contribute to discrepancies in how individual officers treat people with mental health or substance use issues. That inconsistency is one challenge facing Diversion First, Fairfax County Chief Public Defender Dawn Butorac told FFXnow in September.

During a public safety committee meeting on Tuesday (Sept. 28), Board of Supervisors Chairman Jeff McKay said the county “is hoping to get many more officers in” CIT training, calling that a baseline qualification for selecting personnel for the co-responder pilot.

Fairfax County adopted the “Memphis Model” of CIT training in 2016 in response to the Ad Hoc Police Practices Commission that the Board of Supervisors formed in 2015 after facing public criticism and a lawsuit over how the county handled a police officer shooting and killing Springfield resident John Geer in 2013.

In a final report released on Oct. 8, 2015, the commission recommended that the FCPD create specially trained crisis intervention teams, provide base-level training for all officers, require CIT training for certain command positions, including in the patrol division, and offer incentives like flexible shift hours to encourage suitable officers to join a CIT.

According to a progress report on the commission’s 202 recommendations, those proposals have all been implemented, but the FCPD did not respond by publication time when asked for details on the incentives it has for officers to get the CIT training.

The FCPD’s CIT-related administrative records and protocols consist of slideshows used for the training and a general order about emotionally disturbed persons, according to a county administrator.

Other kinds of mental health training for county law enforcement include a Mental Health First Aid Day for the sheriff’s office. In addition, the police department’s general order on the use of force states that officers should take into consideration people’s “medical issues, mental health issues, disabilities, or language and/or cultural differences.”

Meanwhile, the Virginia Department of Criminal Justice Services and Department of Behavioral Health and Developmental Services have issued guidance for CIT programs that in fact discourages agencies from giving the training to all patrol personnel “except as necessary to achieve 24/7 coverage.”

“Experience suggests that a successful CIT program will, at a minimum, have 20-25% of the agency’s patrol division, which will likely result in 24/7 CIT officer coverage,” the state guidance says. “The ultimate goal is to have an adequate number of patrol officers trained in order to ensure that CIT-trained officers are available at all times.”

Per the state guidance:

Just as officers for other specialty areas in law enforcement are not equally suited to every job, so it is with CIT officers. CIT is a training that demands officers have certain skills and experience in order to be effective. For example, because CIT asks officers to take a very different approach in dealing with certain situations, it is beneficial to train officers who are extremely comfortable with their basic policing skills and procedures and have been on the road for a significant period of time. Additionally, CIT training is NOT effective as a means of ‘fixing’ an officer who may not have a well developed set of interpersonal skills.

The Fairfax County Sheriff’s Office has 24/7 CIT coverage on every squad and shift, whether deputies are assigned to the Adult Detention Center, courthouse, or civil enforcement, spokesperson Andi Ceisler said.

She noted that all deputies assigned to the Merrifield Crisis Response Center have CIT training.