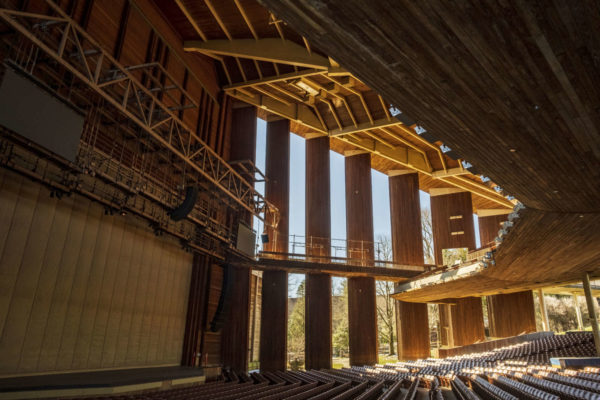 (Updated at 8:40 a.m. on 4/28/2021) Wolf Trap National Park for the Performing Arts will host live, in-person musical performances this summer for the first time since December 2019.

The Wolf Trap Foundation for the Performing Arts released an initial summer 2021 lineup this morning (Tuesday) that will serve as both a celebration of the park’s 50th anniversary and a comeback for one of Fairfax County’s preeminent performing arts venues more than a year after the COVID-19 pandemic brought live entertainment to a halt nationwide.

“Going to concerts at Wolf Trap has always been a hallmark of summer and a place for the DMV to gather with friends and family,” Wolf Trap Foundation President and CEO Arvind Manocha said. “Celebrating 50 years of that tradition is meaningful in and of itself; to be doing so as we start to emerge from a year of pandemic only underscores just how important that tradition is.”

With tickets going on sale at 10 a.m. on May 7, the season will begin later than usual on June 18 with Wolf Trap Opera and the National Symphony Orchestra collaborating on a rare staging of the opera “The Anonymous Lover.”

That will be followed by a series of “Thank You Community Concerts” by the National Orchestral Institute Philharmonic, led by conductor Marin Alsop in her Wolf Trap debut, and “The President’s Own” U.S. Marine Band. The four free concerts will be exclusively open to local frontline healthcare and education workers and volunteers.

The community concerts will lead up to a 50th anniversary gala and concert that will take place on July 1 — exactly 50 years after Wolf Trap’s Filene Center hosted its first performances on July 1, 1971.

According to the press release, the 50th anniversary season will also be distinguished by an extended residency for the NSO in recognition of Wolf Trap’s longest artistic partnership and by bringing both Wolf Trap Opera and Children’s Theatre-in-the-Woods performances to the Filene Center.

While the return of live performances signals a step toward normalcy for Wolf Trap, the experience will be quite different from what audiences are accustomed to.

In keeping with COVID-19 public health guidelines, the Filene Center will operate at reduced capacity with face masks required. Tickets will be sold to “socially distanced pods” — defined as groups of two to eight tickets — with no single tickets available and buyers required to purchase tickets for their full pod.

Tickets can be purchased either online or by phone at 1-877-965-3872, but they will all be delivered electronically.

A full guide to Wolf Trap’s health and safety protocols can be found on its website.

“We are taking the first step on the road back to the way life used to be, and with that…comes important guidelines as to how to gather, and in what quantities,” Manocha said. “The pod system and capacity constraints are designed to help everyone feel and be safe as we get back to concerts, and our audience numbers in this first phase of opening are reflective of current guidelines.”

Manocha added that Wolf Trap is “in the very nascent stages” of rebuilding its national touring model after the disruptions caused by the pandemic, so the foundation decided to focus primarily on performers based in the D.C. region.

“We are so lucky to be in a region rife with amazing artists and creators, and we’re happy to be able to connect so many with their audiences for the first time in a long time!” he said.

Wolf Trap’s full schedule of June and July performances is below:

Wolf Trap says that additional performances for August and September will be announced at a later date, along with information about any previously re-scheduled concerts.