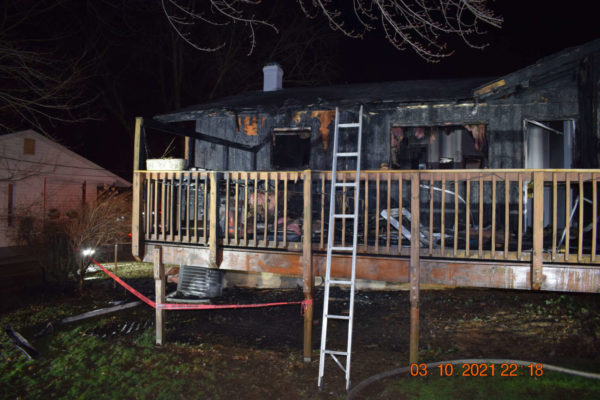 Units from the county and City of Fairfax were dispatched to the 2600 block of Bowling Green Drive just off of Cedar Lane at approximately 9:28 p.m. for a reported house fire.

Upon arriving at the scene, first responders found that a fire on the house’s rear deck was starting to spread toward the building itself. The fire was extinguished, and no injuries were reported to either the firefighters or the two people who were at home when the fire started.

“One of the occupants observed fire on the deck while looking out a window,” the FCFRD said. “Both occupants evacuated and called 9-1-1. Smoke alarms activated, but after the fire was discovered.”

Both residents have been displaced as a result of the fire, which caused around $116,400 in damages. Investigators determined that the fire was accidental in nature.

Citing this fire as an example of what could happen, the FCFRD cautions that improperly discarded cigarettes and other smoking materials, like ashes, can be especially hazardous on days like today. Fairfax County is currently under a Red Flag Warning for weather conditions that could contribute to fires.

The fire department says smoking materials should not be left in mulch, shrubbery, or potted plant soil, which can be highly flammable in dry weather. Ashtrays and sand are the best options for safe disposal.