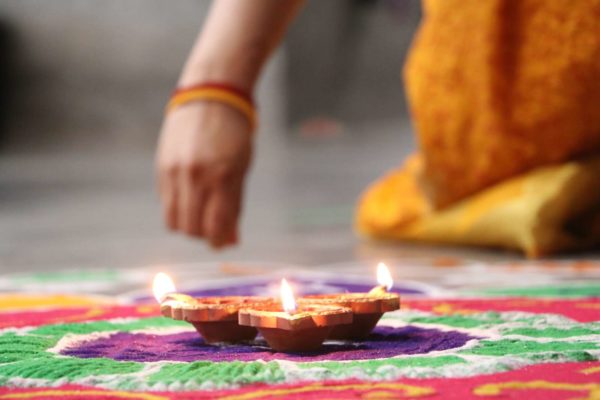 Inundated with messages from staff and community members on proposed changes to the 2021-22 calendar, Fairfax County School Board members directed Superintendent Scott Brabrand to redraft it.

During a work session on Tuesday (Mar. 2), the board told staff to consider ways to add flexibility through floating holidays. They said the calendar should take into account legal considerations, instruction, student wellness and pay for support staff, as well as survey preferences, absenteeism data, transparency and equity.

The school board will vote on a final calendar on Mar. 18.

FCPS drafted a third proposal without those holidays in February, as some board members expressed reservations about the potential disruptions they would create.

“Support staff have been very vocal in terms of what the impact on their work will be,” School Board Chair Ricardy Anderson, who represents the Mason District, said on Tuesday. “I’m very mindful of what this means for our families who rely on schools for breakfast and lunch. We also know that we’re coming out of the pandemic, and we have had a lot of impact in terms of continuity of learning.”

Meanwhile, 286 students have signed a petition, and 76 clergy and faith organizations have signed a letter initiated by the Jewish Community Relations Council of Greater Washington (JCRC) urging the board to add the holidays.

Responding to the news that FCPS would be developing a new calendar, the Pozez Jewish Community Center of Northern Virginia said in a statement that it was heartened to see the board reject the calendar that did not include the new holidays.

“We are optimistic that the next option proposed will be one that is forward-thinking — acknowledging and respecting the cultural and religious diversity of the staff and students of faith in the county, as well as the community at large,” Pozez JCC Executive Director Jeff Dannick and President Susan Kristol said.

Member organizations of a Religious Observances Task Force, which FCPS formed to advise the school system on supporting religious minorities, had “strenuously” objected to the third calendar draft, saying its proposal lacked transparency.

“Given where the community has been at, where the process is so far, what data has revealed, it goes without saying that we need to give this a deliberate look,” member-at-large Abrar Omeish said.

During the work session, FCPS staff presented data from the past five years indicating that the number of absent students and staff rises on days of religious or cultural significance that are not observed in the calendar. But some board members said it is not high enough to provide secular justification for closing schools.

“Such data is a flawed indicator in this situation. It is well-known that public school students and employees very often feel forced to attend work and classes on even their most sacred holidays, for fear of being penalized or academically disadvantaged,” the Religious Observances Task Force argued in its February letter.

The school system has not “done a good job honoring religious holidays for students and employees,” Braddock District Representative Megan McLaughlin said. She told Brabrand that he and his team need to do better, and the board needs formal language to would hold him accountable.

Brabrand said FCPS can “do a better job” communicating what the division expects of children and staff on days of religious and cultural significance.

On top of concerns about pay, meals, and special education services, the proposed changes also carry legal ramifications. Schools can’t close for religious reasons unless it can be justified for secular reasons, such as absenteeism being too high for them to operate.

School board members suggested adding flexibility and protections without closing schools, such as “blackout days” — when students who choose to be absent would not be penalized — and “floating holidays” allowing staff to cash in a paid day off at any time. Some said the unenforceable guidelines for homework and test guidance around holy days should be turned into regulations.

Members also spelled out multiple areas where the calendar development process broke down, including the treatment of the Religious Observances Task Force.

For instance, the task force’s work was only included in a year-end ombudsman report, rather than being presented to the board on its own, which Mount Vernon District Representative Karen Corbett-Sanders says resulted in the findings becoming lost in the frenzy of Return to School planning.

The task force and other participants in the calendar development process had certain expectations for the calendar because of their advocacy, Hunter Mill District Representative Melanie K. Meren said.