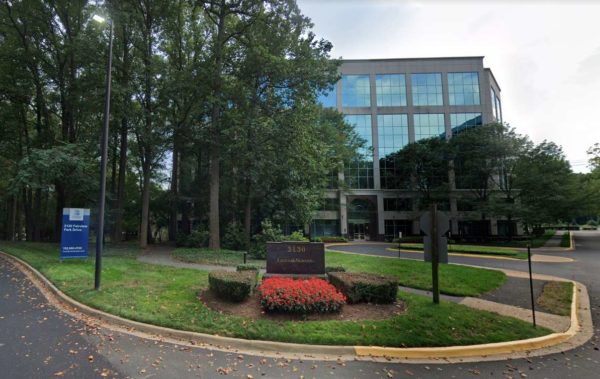 Staff says in a report released on Jan. 14 that it does not anticipate there to be significant impacts from the addition of a nursing school to an eight-story office building at 3130 Fairview Park Drive.

“The proposed nursing school will not significantly alter the existing office use or transportation conditions to and from the site,” the report said. “Therefore, staff is in support of this application and all issues have been resolved.”

Tysons Reporter first reported in August that the Phoenix-based Eduvision, Inc. is looking to expand its Arizona College of Nursing into Virginia by turning offices in the Fairview Park development into seven classrooms. If approved, this would be the first Virginia location for the nursing college, which currently has 10 campuses in Arizona, Nevada, Texas, Florida, and Utah.

Eduvision’s proposal requires Fairfax County to approve a college/university use on one floor of the office building in question, which occupies 6.29 acres in a mixed-use development located at the southeastern intersection of I-495 and Route 50 (Arlington Boulevard).

The proposed school would not involve new construction to the existing building or three-floor parking garage, and it would not alter the site’s open space, according to the application.

The county staff report states that allowing a college/university as a secondary use would be consistent with the county’s comprehensive plan and contribute “to the long-term vision of the Merrifield Suburban Center.”

While the college is expected to follow roughly the same operating hours as an office, Fairfax County staff estimate that a school would generate an additional 200 trips per day compared to a one-floor office.

“Staff believes that these trips can be accommodated by the surrounding transportation network,” the report said.

As part of the project, Eduvision has committed to providing space to accommodate the future construction of a pedestrian and bike bridge that would cross I-495 to connect Fairview Park with the Inova Fairfax Hospital campus, according to the report.

The Fairfax County Comprehensive Plan and Bicycle Master Plan both recommend having a publicly accessible, multiuse bridge across I-495, and the site at 3130 Fairview Park Drive had been identified as a possible landing location.

Eduvision has also agreed to improve curb cuts on the site for accessibility and install at least five bike racks “in close proximity to the entrances of the building and the parking garage,” the report says.

The Fairfax County Planning Commission will hold a public hearing on the proposal at 7:30 p.m. on Jan. 27.