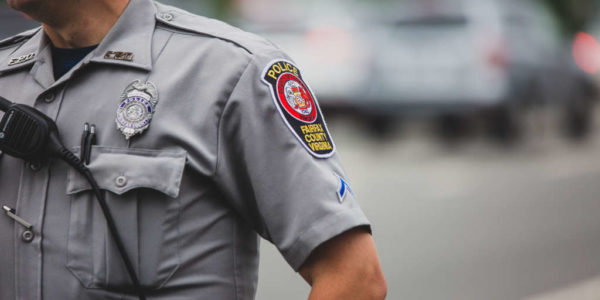 The Fairfax County Police Department is preparing for Inauguration Day tomorrow (Wednesday) with a heightened police presence throughout the county.

FCPD has also staffed its civil disturbance unit, neighborhood patrols, and operational support units if they are needed in an emergency situation.

“Community members can expect to see an increased and vigilant police presence and if they have any concerns or observe any suspicious or. concerning activity, we encourage them to report it to an officer or call 911,” FCPD wrote in a statement.

The department noted that the county had an increased presence in past inaugurations.

FCPD deployed officers to D.C. on Jan. 6 to help law enforcement agencies to quell the U.S. Capital riots, which were started by a mob of Donald Trump supporters.

No Fairfax County police officers were seriously injured earlier this month. The FCPD has not commented yet on whether there are plans to formally deploy any officers to D.C. during the inauguration.

A number of bridges connecting D.C. to Arlington are either completely shut down or have severely altered traffic patterns. Memorial Bridge is now closed through Thursday morning at 6 a.m. It was closed and then reopened over the weekend.

D.C.-bound lanes on Roosevelt Bridge, I-395 Bridge, and 14th Street Bridge will also be closed until Thursday morning, but lanes leaving the city “will flow normally” according to the Metropolitan Police Department traffic advisory. There are also a host of D.C. road closures.

Key Bridge will remain open, but there’ll be no access to Whitehurst Freeway and only local traffic may turn right on M Street. Thru traffic can only turn left onto Canal Rd/MacArthur Blvd, this also according to the advisory.

Chain Bridge in McLean will remain open in both directions, as will the Wilson and American Legion Bridges connecting Virginia to Maryland.