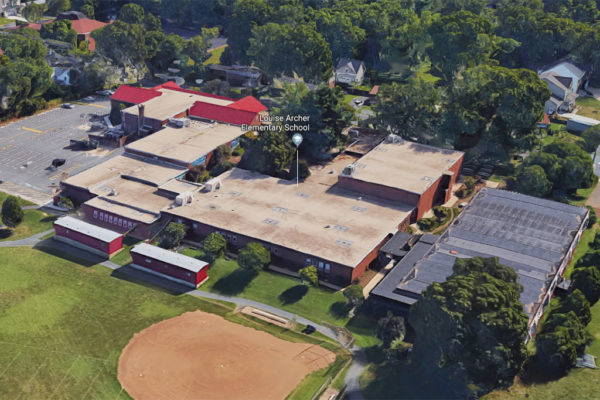 The renovation of Louise Archer Elementary School is finally beginning to take shape.

The Vienna Town Council heard an update on a potential site plan and timeline during a work session on Monday (Dec. 14). The timeline moves up the completion of the project to mid-2024.

The renovation project is currently in a planning and design phase that Brunner expects to be completed by mid-2021. Permitting will be the next step and should run through the spring of 2022, followed by a two-year construction process.

The projected completion of construction has moved up a year ahead of expectations. FCPS told the Vienna Planning Commission in May that construction would take three years and finish in 2025.

The potential site plans include nearly doubling the size of the school to around 103,000 square feet. The majority of the new square footage will come from a new second-story addition that will be constructed behind the existing school.

“A lot of the space is already on the site that we’re just making permanent,” Brunner said.

The current site plan concept also includes repurposing the current cafeteria for the library, adding a stage off of the school gymnasium, and creating a community room that may be utilized for community meetings. A new cafeteria and kitchen will be built “from the ground up,” Brunner said.

The current interior of the community room will be preserved as much as possible while displaying some history of the school, Pierce added.

Additional site concepts include expanding the bus loop, increasing the stormwater management system, and expanding the parking lot to about 106 available spaces, according to Brunner. The plan also shows a new playground and new basketball courts.

The modular classroom on the south side of the school will be replaced with a kiss-and-ride parking lot for student drop-off. The lot will run off the current three-way stop at the intersection of Nutley Street and Knoll Street Northwest, which Brunner said could potentially be permanently converted into a four-way stop.

According to the latest FCPS proposal, the renovation will be done in phases to allow for minimal interruption for students during the construction process. The new two-story addition would be built first, while students stay in the existing sections of the school.

Students would then move into the new addition upon its completion, allowing for renovation of the existing school to be completed.

John McGranahan, a partner with Hunton Andrews Kurth LLP, which represents Fairfax County Public Schools, said the group would like to reappear before the council with another progress report before officially submitting an application for the project.