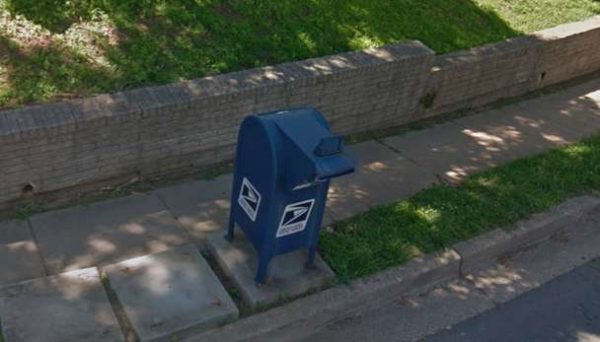 Mail-stealing mischief is once again afoot in the Town of Vienna.

Vienna police warned today (Friday) that U.S. Post Office collection boxes on the corner of Church Street and Lawyers Road have been the targets of several break-ins this year.

The most recent incident occurred overnight between 3 a.m. on Nov. 22 and 5 p.m. on Nov. 23, when a resident reported that a check she had deposited in the mailbox at that intersection had been stolen, forged, and cashed.

“If you used these mailboxes during that time, please ensure that any checks, banknotes, or other important mail reached its intended destination,” the Vienna Police Department said in its crime summary for the week of Nov. 25 to Dec. 3.

The U.S. Postal Inspection Service is responsible for investigating all mail theft and tampering incidents, which can be reported to the U.S. Postal Service’s law enforcement arm through their website at uspis.gov/report.

Vienna police forward mail theft reports to the USPIS and support their investigations, but they advise anyone who sees suspicious activity at the collection boxes to contact the town police department to get an immediate response.

With the mailbox thieves apparently still at large, people with mail to deliver should drop it in the collection boxes inside the post office (200 Lawyers Road) instead, the VPD says.

The police report includes three other incidents involving issues with mailed checks that don’t appear to be part of the spree of postal box break-ins.

One resident reported that a check she mailed was stolen, forged, and cashed sometime between Sept. 1 and Nov. 23.

Another said a check she was supposed to get in the mail never arrived. The incident is dated between Nov. 3 and Nov. 10. Police advised the woman to file a report with the U.S. Postal Service.

A resident placed outgoing mail in her mailbox that included three checks that she was sending to various creditors with her bills. The next day she observed shredded paper in the gutter that she recognized as the remnants of the envelopes she had placed in the mailbox.

END_OF_DOCUMENT_TOKEN_TO_BE_REPLACED

More Stories
BREAKING: Power Out in Tysons After Transformer FireUPDATE: Woman Dies in Two-Vehicle Crash on Leesburg Pike in Vienna