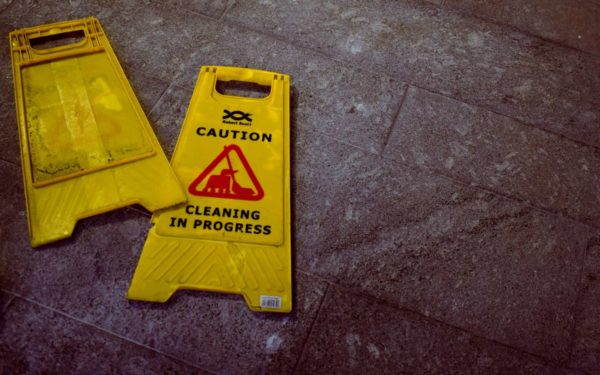 A labor dispute between janitors who work at George Mason University and their employer – allegedly a subcontractor of the Falls Church-based contractor LT Services – has ended in a settlement, the Service Employees International Union announced on Nov. 30.

The Manassas-based subcontractor, H&E Cleaning Service, Inc., signed a settlement agreement on Nov. 11 saying it would uphold the National Labor Relations Act after the janitors claimed that they had experienced retaliation for engaging in union-related activities.

Though the janitors in the federal complaint are not currently part of the union, 32BJ SEIU filed an unfair labor practice charge with the National Labor Relations Board on their behalf in June.

32BJ SEIU alleges that, in addition to facing threats and interrogation for potential union activities, the janitors who help clean and disinfect GMU’s hallways, sinks, bathrooms, and floors have been denied extra compensation for the additional work they have been doing during the COVID-19 pandemic.

One janitor named Eugenio Gudiel received a positive COVID-19 diagnosis on Nov. 14, though he has since recovered and returned to work this week, according to the union.

“I hope they pay me these weeks that I was away since this affects our economy and puts our families and coworkers at risk,” Gudiel said.

In a statement dated June 8 provided by the SEIU, Gudiel said that H&E President Ean Thouch had started to retaliate against him after she saw him talking to union organizers in October 2019, including by laying him and four coworkers off on May 14. They were rehired on June 8.

32BJ SEIU says that H&E is a subcontractor of LT Services, GMU’s main cleaning contractor. The union alleges that janitors employed by H&E are being illegally classified as independent contractors, receiving wages only once a month and sometimes getting bad checks or checks for less than what they are owed.

Tysons Reporter contacted H&E and its legal representatives as well as LT Services and George Mason University for comment but has not received responses as of publication time.

According to a copy of the settlement agreement, which was approved by the National Labor Relations Board on Nov. 23, H&E is required to send a notice informing current and former employees who worked for the company since June 1 of their rights.

The notice states that the National Labor Relations Act gives workers the right to form a union and engage in union-related activities and to discuss working conditions with other employees. It also says H&E will not infringe those rights by questioning employees or threatening a loss of employment for workers who engage in union activities.

“This victory is critical in protecting the janitors’ rights to the union organizing and bargaining that is often the only way they can access workplace safety protections, including [personal protective equipment] provided by their employer,” 32BJ SEIU said.