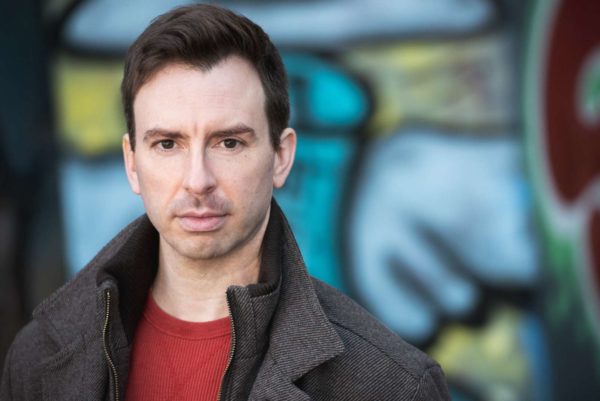 After a decade of working day jobs in fields like risk management and travel insurance, Vienna filmmaker Giuseppe Lucarelli, 40, is hitting a career milestone with the release of his first film on Blu-ray and DVD today.

Lucarelli says he is excited to see his first film available in stores.

“Getting distribution was our goal,” Lucarelli said. “We were so excited when Indie Rights partnered with us to distribute our film. It’s a true accomplishment, and to do it with my very first film, it feels great.  It’s exciting that it will be available in stores around the country.”

Though he still has a day job as a real estate agent for Weichert Realty in Vienna, Lucarelli has accrued an impressive range of skills and experience as a filmmaker.

In addition to writing, producing, directing, editing, and sometimes acting, he is the founder and owner of Mountain Wind Productions. The company has produced two independent films, including Checkmate and The First Seal, as well as small commercials for local companies.

Lucarelli is an alumnus of West Virginia University where he received a Bachelor of Science in exercise physiology in 2002 and Master of Science in industrial relations and rehabilitation counseling in 2006.

Lucarelli took acting classes while attending West Virginia University, but it wasn’t until he was working in risk management with Liberty Mutual in 2007 that he began learning the business side of film during his free time.

In 2009, Lucarelli returned to West Virginia University, where he accepted a teaching position as a visiting instructor and pursued a Master of Business Administration. After obtaining his MBA in 2013, Lucarelli bought an LLC for Mountain Wind Productions.

After college, Lucarelli worked full-time for Travelers Insurance and part-time for Mountain Wind Productions. He left Travelers in 2016 and began working with his production company full-time.

Lucarelli compares being an independent filmmaker to being a soccer coach.

“So much of the coaching is done before the game that once they’re out there, the players have to go,” Lucarelli said. “You can yell and bark, but players have to make the decision. So, 80% of the directing is done in pre-production. I talk with my actors a lot. I’m very engaged, but I feel like if everybody’s having a good time, they’ll put their best foot forward.”

Lucarelli says he enjoys being an independent filmmaker in Northern Virginia because of the large talent base, especially those he’s interacted with through Women in Film & Video of Washington, D.C., a nonprofit that provides support and resources to media professionals. He serves as an at-large member on the organization’s board of directors.

“We have a lot of accomplished documentarians and filmmakers in the area,” Lucarelli said. “…[Women in Film & Video] is just a wonderful organization, and we do a lot of great things for members ranging from students to very, very, very accomplished people. It’s a great network, it’s been nice to be a part of, and [I’ve] found a lot of very good people in there.”

When it comes to advice for aspiring independent filmmakers, Lucarelli suggests taking classes and learning the business side of the movie industry.

“Having an understanding of business is a really important thing,” he said.