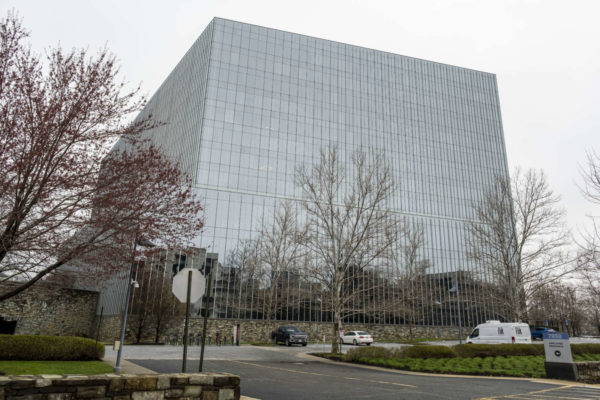 A private school that specializes in childcare and early childhood education will open in McLean’s Valo Park next year after its owners signed a lease on Tuesday (Nov. 10).

Owned and operated by couple Kate and Brian Mulcahy, Celebree School of McLean will be the first Virginia location for Celebree School, a network of early childhood education centers predominantly based in Maryland and Delaware.

The Mulcahys were drawn to Valo Park (7950 Jones Branch Drive) as a location for their franchise because of the amenities on the business park’s 16-acre campus. They also believe there is a need for quality childcare in the Tysons area, according to a Celebree School press release.

“This location stood out because of its long list of features, especially the ample outdoor space,” Kate Mulcahy said. “Plus, it is ideal given the immediate access to the Capital Beltway, Dulles Toll Road and other major roadways. Valo Park truly is a convenient location for parents living and working in the area who need a high-quality and easily accessible childcare solution.”

Celebree School first announced that it had signed a franchising agreement with the Mulcahys to start a center in either Fairfax or Arlington County on Apr. 21. This is the couple’s first franchising effort, but they have previous experience in business and philanthropy, according to Celebree School.

Kate Mulcahy said at the time that she and her husband were interested in working in early childhood education to help children and families, and the “flexible nature” of Celebree School’s model appealed to them.

Originally founded in 1994 in Lutherville, Md., Celebree School provides full and part-time day care, before and after-school programs, and summer camps to children from 6 weeks to 12 years of age.

“We’re extremely pleased with this location and the added amenities Brian and Kate will be able to offer, like outdoor learning experiences and on-campus field trips for students,” Celebree School Chief Development Officer Jim DiRugeris said. “We believe Valo Park is a prime location for a Celebree School and meeting the childcare needs of area families.”