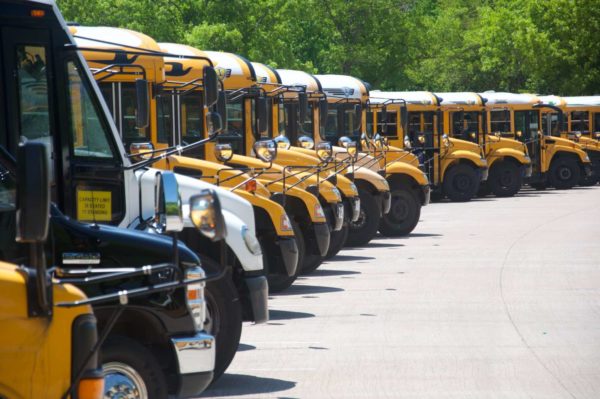 The federation released the results of three surveys Tuesday evening during a press conference. The data paint a stark picture for county teachers, who report fearing for their health and that of family members, working far beyond their contracted hours, and feeling the effects on their mental and physical health.

The message from the Federation of Teachers is clear: Members want the school district to delay reopening until the FCPS plan improves communication, provides specific metrics, and offers every teacher a virtual option, a few hallmarks of the teachers’ 11 requirements for a safe reopening.

“Our position has always been, and continues to be, that we want kids back in school as quickly as possible, but that means as safely as possible,” said Tina Williams, president, Fairfax County Federation of Teachers.

FCPS did not return Tysons Reporter’s request for comment.

The response comes one week after Fairfax County Public Schools Superintendent Scott Brabrand presented his reopening plan to the county school board. Under the proposed plan, about 6,700 students could return to school in October, with more trickling in throughout the year if conditions improve. Members criticized the lack of hard numbers and concrete metrics, especially regarding school closures after outbreaks.

Of the 1,300 teachers who responded, 85.7% are not confident in FCPS reopening plan, and 70% feel unsafe returning, while 21% said they are “unsure.” About 27% said they would consider taking a leave of absence, while 26% were undecided.

Some teachers who are older or have conditions that make them more vulnerable to the virus, or who live with family members who are high-risk, said they face an ultimatum to work or leave because their applications for accommodations were denied.

Instructional assistant Tia Williams, who said her application was denied due to staffing shortages, is expected to return this October. She is worried about the coronavirus because four cousins and six uncles have died from it.

Diabetes and asthma run in the family, and she has both conditions, making her at-risk.

“I want to continue to work, but I don’t want to bring home a virus to my family,” she said.

Emily VanDerhoff, the vice-president of the teachers’ federation, said the federation does not know how many requests were denied.

“That’s a good question for FCPS. They should be transparent,” she said. “I think they talk like they are all being approved, but they’re not.”

FCPS did not respond to a request for numbers of approved and denied applications for accommodations.

Audrey O’Hara, who teaches English as a Second Language classes, said her options are to resign, retire, take a leave of absence or consent to enter a building with inadequate ventilation.

“FCPS is asking me to make life-changing decisions where my family loses either way,” she said.

Federation leadership stressed the workload teachers are bearing. Of the 895 teachers who responded, 99% said they worked beyond their contracted hours, including 203 who reported working an extra 20 hours a week.

More than 80% reported that the extra work hurts their sleep, keeps them from exercising and impacts their mental health.