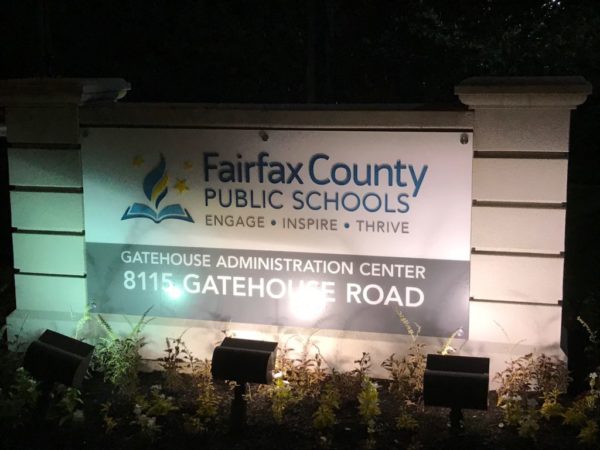 Fairfax County Public Schools must now wait until a formal grievance process has concluded to impose discipline against students and employees found to have committed sexual harassment or assault.

With three members abstaining and one not present, the Fairfax County School Board voted 7-1 on Sept. 17 to amend the FCPS Student Rights and Responsibilities book, which contains the district’s student conduct policies, to specify that discipline in Title IX cases cannot be dealt until the completion of the grievance process, including any appeals.

The board also agreed to discuss its new sexual harassment regulations further at a future work session to potentially bolster protections for both people who file complaints and those subject to the discipline process.

Necessitated by new federal rules regarding Title IX cases, which concern sexual and gender-based discrimination, the Student Rights and Responsibilities amendment is an extension of a new district regulation that dictates how Fairfax County schools will handle sexual harassment complaints.

Effective as of Aug. 26, Regulation 2118 establishes a separate process for reporting, responding to, and resolving sexual harassment complaints than the one used for other offenses, such as drug use and even sexual misconduct that does not meet the definition of harassment.

Where other potential student conduct violations are generally addressed by school principals, formal complaints of sexual harassment will be reviewed by Title IX investigators in the FCPS Office of Equity and Employee Relations, and hearing officers under the superintendent are now responsible for determining whether a complaint is founded and what discipline to impose.

All appeals go to the school board’s appeals committee except for an appeal of a complaint’s dismissal, which would be heard by the district’s deputy assistant superintendent.

Under Regulation 2118, potential disciplinary consequences for sexual harassment and related offenses, including assault, stalking and dating violence or domestic violence, can include expulsion, reassignment, long-term suspension of more than 10 school days, and exclusion from school-sponsored activities.

Upon receiving a report of sexual harassment, a school principal is obligated to contact the complainant to offer options for supportive measures, which range from counseling and seating, locker, or bus reassignments to a no-contact order and scheduling and class changes, and explain the process for filing a formal complaint if they choose.

Principals and other school-based administrators are not involved in the formal grievance process, FCPS assistant division counsel Ellen Kennedy told the school board at its Sept. 17 meeting.

These new procedures bring the Fairfax County public school system in compliance with a new Title IX rule that was issued by the U.S. Department of Education on May 6 and took full effect on Aug. 14.

Title IX of the Education Amendments of 1972 prohibits discrimination based on sex in federally funded education programs and activities. It has been regularly used to combat sexual assault and harassment in schools and colleges, but the Education Department’s new rule represents the first time that purpose has been cemented with a legally enforceable regulation.

While U.S. Education Secretary Betsy DeVos heralded the new rule as a historic step to protect students’ safety and due process rights, sexual assault survivors’ advocacy groups say that it will discourage victims from reporting harassment, shield schools from liability, and make it more difficult to hold perpetrators accountable, according to Inside Higher Education.

Attorneys general from 18 states, including Virginia, are seeking to have the Title IX regulations declared unlawful in a federal lawsuit that was originally filed on June 4. On Aug. 10, a district judge in New York denied the plaintiffs’ request for a temporary injunction to prevent the new rule from taking effect as scheduled on Aug. 14.

Though one of the most-criticized changes — a requirement that officials hold live hearings of sexual assault cases with cross-examinations of both parties — applies just to universities and colleges, Fairfax County school board members made their objections to the new Title IX rule clear even as they passed an amendment to align the district’s policies with federal regulations.

“Broadly speaking, it is the accused who are getting the benefit of the Department of Education’s changes here, and it is the accusers who are being hung out to dry,” Providence District representative Karl Frisch said.

Springfield District Representative Laura Jane Cohen framed her frustrations with the new Title IX regulations through her own experience of being sexually assaulted when she was in sixth grade, an incident that was never formally reported or investigated.

While she believes the Education Department’s new regulations make the process more difficult for people who report sexual harassment, Cohen says the proposed Student Rights and Regulations amendment is the only option currently available to hold people who violate sexual harassment policies accountable.

“It’s crummy, but there has to be something to protect the people who have been sexually assaulted and sexually harassed, our staff, our students, period,” Cohen said. “We have an obligation to those kids, and without this [amendment], there is no recourse for them.”

In addition to altering the Title IX reporting, investigation, and disciplinary procedures used by both K-12 and higher education institutions, the Title IX Final Rule redefines sexual harassment as “any unwelcome conduct that a reasonable person would find so severe, pervasive, and objectively offensive that it denies a person equal educational access.”

That sets a higher bar for what constitutes sexual harassment than the “preponderance of the evidence” standard used by the Obama administration, though sexual assault, stalking, dating violence, and domestic violence allegations do not need to meet the “severe, pervasive, and objectively offensive” threshold.

The Final Rule also directs elementary and secondary schools to require all employees to report notices of sexual harassment and have the investigation of a complaint and the determination of whether the accused student is responsible be conducted by different people.

Regulation 2118 and the accompanying SR&R amendment lay out specific, systemwide steps for handling sexual harassment complaints. That reduces the risk of policies being applied inconsistently based on the judgment of individual schools and administrators, but the documents also do not differentiate cases based on factors like age, for instance, prescribing mostly uniform reporting and investigation procedures and disciplinary responses for students from kindergarten through 12th grade.

Board members also worried that these regulations could contribute to existing inequities in student discipline, which tends to be applied disproportionately to students of color and students with disabilities.

When asked if the board could postpone voting for a public work session or not adopt new Title IX discipline guidance, FCPS division counsel John Foster stated that not complying with federal regulations could put the district at risk of legal action and a loss of federal funding, and the Student Rights and Responsibilities amendment is necessary to determine sanctions for students who engage in sexual harassment.

“If we don’t have a process in place, we’re going to have students who potentially engage in misconduct and don’t face any consequences for it,” Foster said. “That’s just a bad place, I think, for the school system to be and also a bad place for accusers to be.”