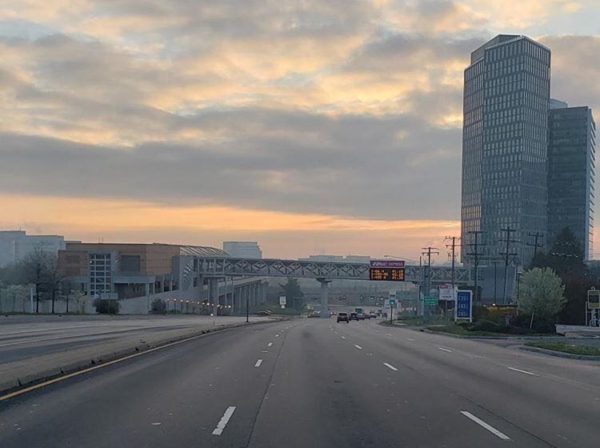 Ten years into the plan to transform Tysons from a suburban “edge city” mostly known for its malls into a downtown hub to over 100,000 people and 200,000 jobs, the man tasked with seeing it through said he is optimistic about the future.

“I’m very bullish about Tysons over the long term,” said Sol Glasner, president and CEO of Tysons Partnership. “I’m not going to be Pollyanna and say that we don’t have challenging times that we have to get through. We will get through them.”

Glasner spoke to the Fairfax County Economic Development Authority; taking a measure of the ten-year benchmark of a plan that calls for transforming Tysons into an urban and economic hub by 2050. Even with the pandemic and economic downturn it caused, Glasner said he is optimistic about the future of Tysons.

In 2010, the Fairfax County Board of Supervisors passed a “comprehensive plan” to bring more development to Tysons to transform it from a suburban “edge city” into a downtown hub.

But for Glasner, who’s group is charged with assisting to help develop and market Tysons, said branding a city, known mostly for its malls, is a challenge.

“So literally as we speak, we are in the process of identifying a visual image for Tysons that will become our brand,” Glasner said. “You’ll see a lot a lot of manifestations of that.”

A key part of changing Tysons is the four Silver Line Metro stations opened in 2014, which the county plans to serve as hubs as development. Glasner said he envisions that two neighborhoods will crop up around each of the four Metro stations each with “their own vibe and their own texture.”

But transforming the “edge city’ that is full of office parks, parking lots and large malls into a livable and walkable downtown for Fairfax County is still a work in progress. Ten years into the county’s plan, Tysons still faces numerous challenges, namely the cost of housing and finding a way to make the city more walkable, Glasner said.

The cost of housing is a county-wide problem with Fairfax County having the highest housing cost in Virginia, according to 24/7 Wall Street.

But even with the challenges and the COVID-19 pandemic and the recession it has caused, Glasner said he has high hopes for the future of Tysons.

“Our ticket to overcoming the transitory challenges we are facing is what I’ve seen among our Tysons stakeholders,” Glasner said. “People have stepped up to the plate in terms of pivoting to make as much lemonade as you can out of the lemons.”