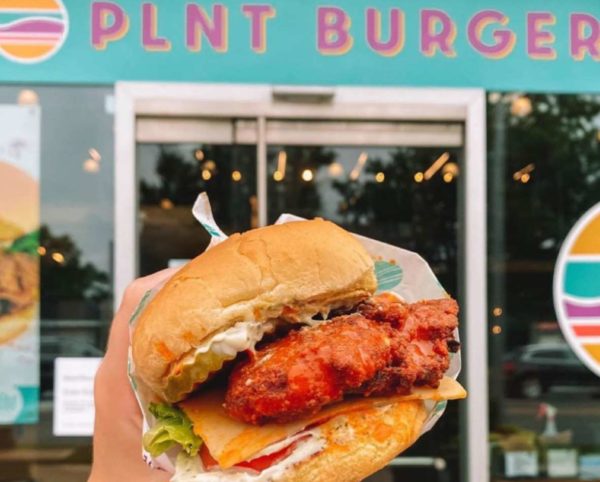 PLNT Burger has started serving up vegan burgers and beverages inside Whole Foods at The Boro development.

The new location, which an employee at the Tysons location (1635 Boro Place) said opened today, is the sixth one all located within Whole Foods stores for Chef Spike Mendelsohn.

Mendelsohn, the D.C.-area restaurateur who competed during the fourth season of “Top Chef,” opened the first PLNT Burger in September 2019 in Silver Spring, Md. Mendelsohn also operates several other D.C. eateries, including Good Stuff Eatery; We, The Pizza; Béarnaise; and Santa Rosa Taqueria.

The employee said that the PLNT Burger location in Tysons is open from 11 a.m.-9 p.m. daily.