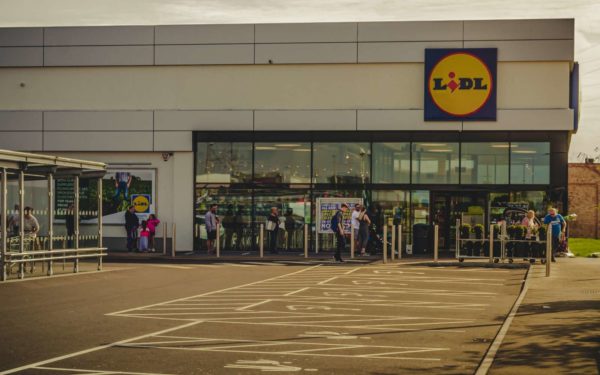 Lidl announced yesterday that it plans to open 50 stores stretching from Delaware to South Carolina by the end of 2021 and close two stores in North Carolina. The Merrifield Plaza location, which Rosenthal Properties announced in June, is among the seven new stores coming to Virginia.

In addition to the upcoming exit from Merrifield, Office Depot is shuttering dozens of locations through the end of 2021. Lidl will join Korean-American supermarket chain H Mart at the shopping center at the intersection of Gallows Road and Lee Hwy.

“Lidl will bring additional fresh choices, convenient shopping and great savings to the community,” Jane Le, one of the leasing associates who represented Rosenthal in bringing Lidl to Merrifield Plaza, said.

Originally established in Germany, Lidl has grown its international footprint since the 1970s and now has more than 11,000 stores in 32 countries. In 2015, the discount grocery chain opened its U.S. headquarters in Arlington.

With the expansion, Lidl said in the announcement that it plans to invest more than $500 million in the new stores and create 2,000 new jobs.

Currently, Lidl’s closest stores to the Tysons area include ones in Fairfax and Springfield.