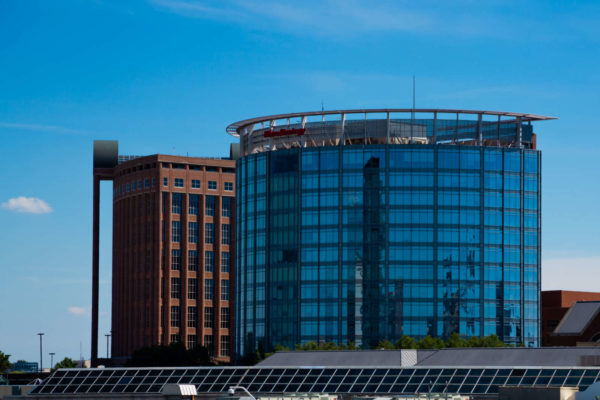 What factors should businesses consider when making decisions on remote and in-person work during the pandemic? Do employers feel like they will be safe in the office or using public transit?

Tysons Partnership aimed to provide insight into those very questions with a recent survey.

A message from Tysons Partnership President Sol Glasner accompanying the newly released survey results notes that they are meant to “set a baseline of understanding” that the organization plans to track with another survey in roughly six months.

Roughly half of the more than 700 people who responded to the survey live or work in the Tysons area, according to the results.

Drew Sunderland, Tysons Partnership’s marketing director, told Tysons Reporter that the survey indicates a shift from people relying on government and health officials giving guidance on public health precautions to following their own ideas about what’s safe as the pandemic continues.

The survey covered a variety of factors, from working at home to mask mandates to childcare concerns. Here’s an overview of the results.

Whether people want their commutes back is a different question. Analysis in the survey notes that many commenters are hopeful for long-term change that reduces or eliminates commuting.

Tysons Partnership says in the survey that WMATA and other public transit agencies should visibly enforce safety measures and test new initiatives like special fare zones to encourage riders back.

Of the respondents, 30% were parents with kids under the age of 18.

The survey found that those parents are 16% more likely to have issues focusing on work, and the 10% of parents who don’t have any childcare support are twice as likely to want to send their kids back to school.

Several anonymous comments linked the ability to return to in-person work with classroom learning. Currently, Virginia is in Phase Three, which means teleworking is strongly encouraged.

For the respondents working full-time (491), a majority said they are working from home. Roughly 49% said they are happy with remote work, while 33% expressed loneliness. When asked why they would want to return to in-person work, respondents said they miss a variety of social interactions.

While 70% of the workers who responded said they trust their employer to provide a safe work environment during the pandemic, the employers had a different response with 25% saying they think they have the resources to make that happen.

In total, 32 businesses responded to the survey — 18 of which are in the Tysons area. They flagged the availability of personal protective equipment and cleaning supplies along with access to information about how to create a safe work environment as top concerns.

Roughly 58% of the respondents said they don’t want to return to in-person work unless there is a vaccine or treatment for the virus.

The analysis for the survey notes that masks were the “hottest” topic in the open-ended comments section.

Several comments included in the report addressed concerns around masks, like one person writing that they did not appreciate face coverings as optional in the workplace and others saying that businesses should require and enforce masks wearing.

“Right now, masks should be MANDATORY for every business worker and every single customer, inside or outside,” one person wrote.

The final section of the survey results touched on respondents’ attitudes, comfort and ideas about a variety of activities. Overall, they were twice as likely to say they would shop at an outdoor rather than an indoor one or take part in “economic activities” that are outside.

Under Phase Three, non-essential retail, parks, restaurants and places of worship are now able to fully open. Some places, like fitness centers and entertainment venues, have capacity restrictions.

Roughly 23% of the respondents identified themselves as essential workers. “Essential workers are twice as comfortable engaging in non-work social and economic activities outside the home,” the analysis noted.

Respondents noted that protective measures drive their interest in participating in activities more than rollbacks of government restrictions.

A full summary of the results can be found online.