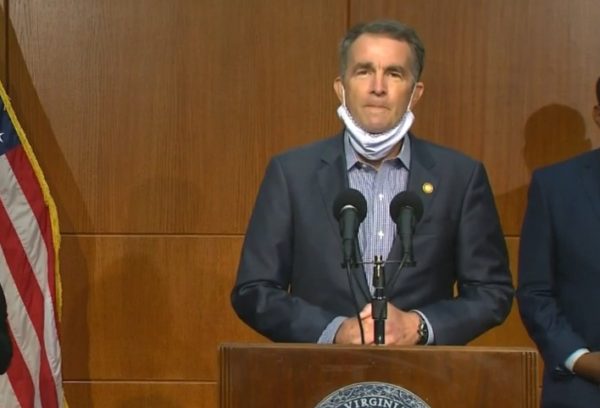 The new restrictions, which go into effect today, lower the maximum number of people allowed at gatherings, limit late-night alcohol assumption at restaurants and cut back indoor dining for restaurants.

The eastern region’s beaches and non-compliance with public health guidelines and mandates appear to be some of the factors for why the area became a coronavirus hot spot.

While the eastern portion of the state has seen a rising number of cases, Northam noted that the percent positivity rates for Northern Virginia and the western region were below the statewide rate.

“There’s been a dramatic decrease in Northern Virginia,” Northam said, about the rate.

When asked by reporters earlier this week if he would consider domestic travel restrictions, Northam said that it’s an option he’s considering. Some states are asking travelers from “high-risk” states to self-quarantine following their arrival.

Let us know in the poll and comments section below if you think Northam’s regional effort is sufficient or if he should announce statewide restrictions.

Photo via Governor of Virginia/Facebook