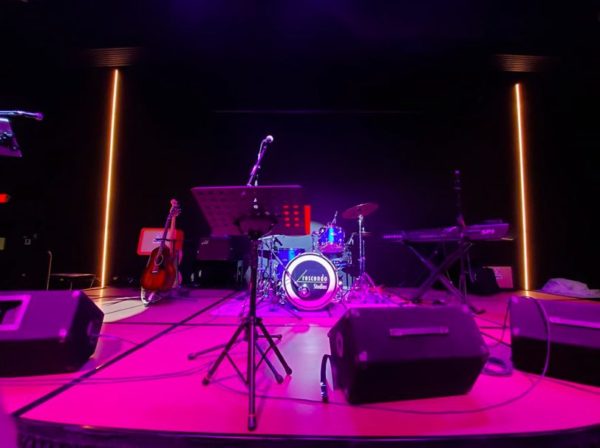 Crescendo Studios will soon have drive-in summer concerts in Merrifield.

Located in the former MHz Studio at 8101 Lee Hwy, the studio has partnered with DC Music Review for the series.

For each show, the opening show will play outside from 8:15-8:45 p.m. before the headling act hits the Black Box performance space on Fridays and Saturdays. “The video will be projected onto our 180″ screen outside of our building. Audio will be transmitted via FM transmitter to your car radio,” according to Crescendo Studios.

The line-up for the summer series includes a variety of music genres and local artists. There’s bluegrass, folk-pop, indie rock and even a Phish tribute band.

The concert dates are:

People can either stay in their cars or set up chairs outside. Crescendo Studios is asking that audience goers socially distance. Face coverings will be required if people want to purchase food or use the bathroom at the studio.

Tickets went on sale yesterday. An individual ticket with a parking pass is $20, a single passenger ticket is $20 and the “full car” (four tickets plus the parking pass) is $70.

Crescendo Studios notes that the rules are subject to change.

The studio, which opened last year, offers private lessons, a band for kids and camps.