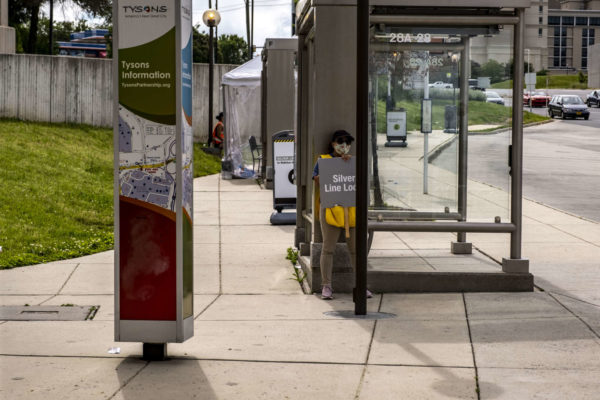 MCA Backs Building Changes for CityLine — “McLean Citizens Association (MCA) board members on June 3 unanimously backed a resolution supporting CityLine Partners LLC’s proposed development amendments to build one building instead of two at a site in [Tysons].” [Inside NoVa]

Fairfax Officer Arrested After Tasing Black Man — “The actions of a Fairfax County police officer who used a Taser to subdue an African American man on Friday were “horrible” and “disgusting,” Fairfax County Police Chief Edwin C. Roessler Jr. says… The officer, Tyler Timberlake, has been charged with three counts of assault and battery and faces up to 36 months in prison if convicted.” [Inside NoVa]

High Demand for Libraries’ Curbside Pick-Up — “Across the entire Fairfax County library system, customers demonstrated their hunger for the library’s services by checking out 11,000 items from 10 a.m. to 4 p.m. Monday, the first day of curbside service. For comparison, on the last Monday prior to branch closures in March, when libraries were operating at full capacity, there were about 12,500 checkouts between 10 a.m. and 9 p.m.” [Vienna Patch]

Another drain near the community center goes from plain to WOW thanks once again to the handiwork of Madison students Myles Temple and Gavin Kneff. #publicart #OneVienna pic.twitter.com/r8NPz6drli