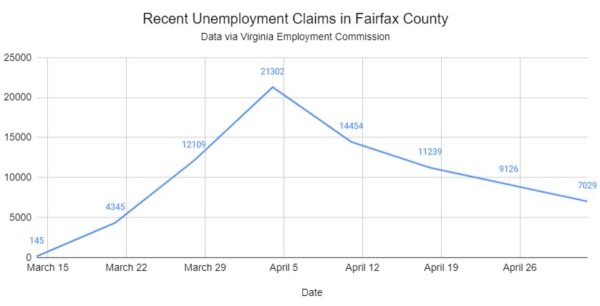 Fairfax County continues to have thousands of unemployment claims during the coronavirus pandemic.

More than 7,000 initial unemployment claims were filed in the county for the week of May 2, according to the latest data from the Virginia Employment Commission.

The latest data shows a slow decrease of claims in the county from a spike during the week of April 4. Fairfax County had the largest number of initial claims in Virginia for the May 2 filing week.

Meanwhile, the number of continued claims keeps rising in Fairfax County from nearly 3,000 in late March to 30,000 in mid-April to more than 44,000 during the week of May 2.

The data shows a decrease in the number of claimants from the previous week for Virginia, but the VEC warns that the volume of initial claims “may not return to pre-pandemic levels for some time.”

More data on the trends for initial and continued claims in Virginia: 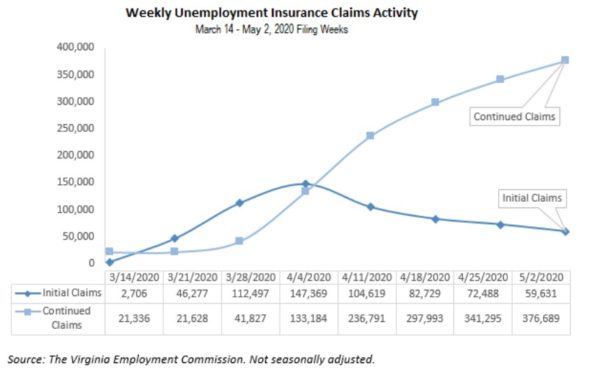