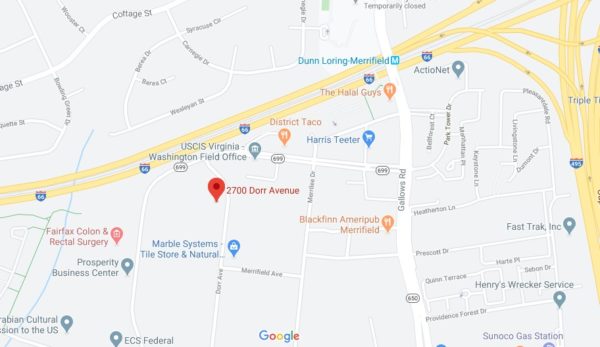 Police tweeted that they responded to the stabbing in the 2700 block of Dorr Avenue, which is near the Prosperity Flats Apartments and the Dunn Loring-Merrifield Metro station, last night (Tuesday) around 9 p.m.

“Two men known to each other were arguing in a parking lot when one man stabbed the other man,” police said.

The victim was taken the hospital with life-threatening injuries,” police said.

“There is no threat to public safety,” police tweeted.