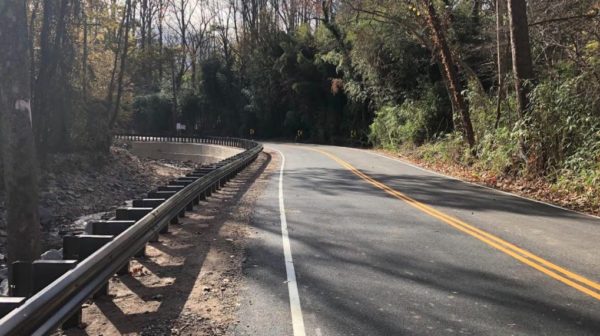 Kirby Road in McLean will be closed for much of next week for a culvert replacement.

That the road closure of Kirby Road at Claiborne Drive is expected to last from Tuesday (April 21) to Friday (April 24), according to the Virginia Department of Transportation.

In a letter to constituents, Dranesville District Supervisor John Foust said that work to repair flooding damage to Kirby Road last summer led to the discovery of a failed pipe.

The work will be done during the week as daily traffic levels are significantly reduced due to the coronavirus pandemic and stay-at-home order. In addition to electronic notices, variable message boards will be installed at the intersections of Route 123 and Kirby Road and Old Dominion Drive and Kirby Road this week to inform drivers of the upcoming closure.

Following the massive July 8 storm event that occurred last year, an extensive emergency repair project was completed to reopen Kirby Road, which had been significantly impacted. While that work was underway, the failure of the pipe that will be replaced during this effort was discovered.

It was determined that additional survey, utilities research, easement acquisition, plan design, and construction would be needed and that the work would take until early 2020 to complete, which was well after Kirby Road was planned to reopen to traffic.

Thus, VDOT decided to substantially complete the Kirby Road emergency project and was able to reopen the road in December 2019. Since then, necessary survey and utilities investigation was completed, access rights were acquired, design plans for the culvert were developed, and materials were acquired to prepare for work to begin next week.

People will still be able to access properties along Kirby Road. “However, traffic will not be able to go beyond the point of pipe replacement in either direction,” according to VDOT.

END_OF_DOCUMENT_TOKEN_TO_BE_REPLACED

More Stories
The Loft That Will Change Your WorldJUST IN: Northam Extends Closure of Non-Essential Businesses